Biggest ever electrification programme in CP-2 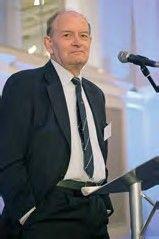 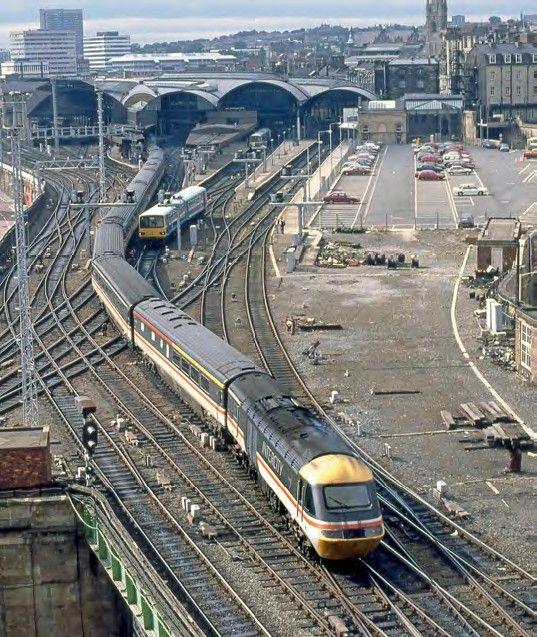 The way it was: this is Newcastle on 18 July 1986. The electrification of the East Coast main line was one of the principal achievements of CP-2. John Chalcraft

Down at the word-face, hewing my way through the dense strata of bien pensant verbiage in the search for nuggets of information in Network Rail’s 22 Strategic Business Plans (SBP) for Control Period 6 (CP6), it occurred to me that it might be instructive to recreate a similar SBP for a ‘Control Period’ from the pre-privatisation era. To avoid charges of cherry picking, the current sequence would have to be applied retrospectively and the chosen Control Period would have to be reasonably representative of its time.

This ruled out Control Period Minus 1 (1991-96), which started in the depths of a recession, saw British Rail dismantle itself completely and ended with the flotation of Railtrack. However, CP-2 (1986-91) looked promising.

Yes, BR was reorganising into Bob Reid’s business-led railway, but the economy was growing, there was a supportive government, as today, and the cadre of managers and engineers developed over the previous decades were at the peak of their abilities. So it was into the archives, plus Volume 2 of Terry Gourvish’s invaluable history of BR, in search of numbers to populate a spreadsheet. Table 4 is the result.

All figures have been brought up to 2017-18 prices. And, as instructed on GCE exam papers (Er, I think you are showing your age – Ed), I have shown my working.

First the easy bit, the PSO or Public Service Obligation. Today I would probably decry that as a weasel alternative to ‘subsidy’, but the use of PSO was one of Sir Peter Parker’s achievements. As PP was wont to say ‘Contracts quicken, subsidies sicken’.

Reflecting the benign economic conditions, BR actually beat its forecast subsidy requirements by £870 million. In addition it paid back a total of £441 million in borrowing from government, reducing its ‘Liabilities to the Secretary of State’, as the Report & Accounts put it, from £830 million to £300 million at today’s prices over the five years.

Incidentally, in 1997 Railtrack’s debt was only £816 million at today’s prices. Today Network Rail is in hock for £46.3 billion.

Now it gets a bit more tricky. Today, we have a simple categorisation into Operations, Maintenance & Renewals (OMR) and Enhancements. BR categorised infrastructure spending between Revenue and Capital. 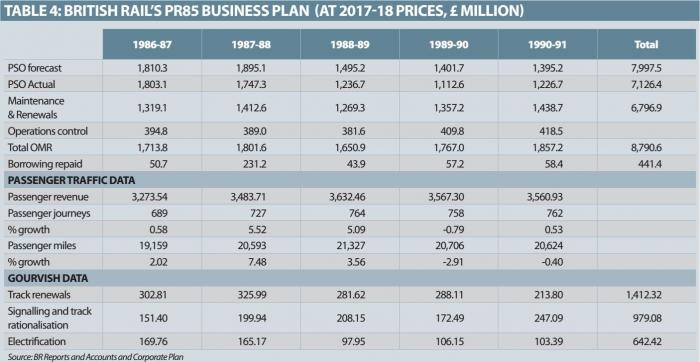 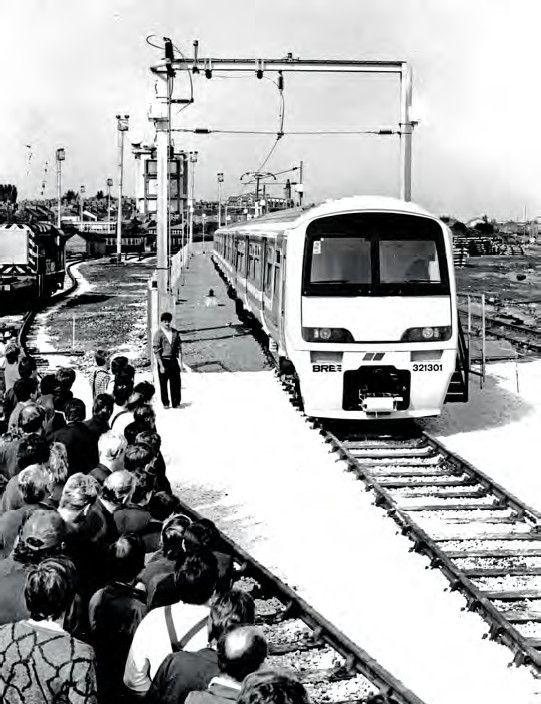 Rolling stock investment in CP-2: the first Class 321 EMU to be completed at BREL York, No 321301, is rolled out before the assenbled workforce on 15 September 1988. Brian Morrison

On a topical issue, note that Bedford-Kettering-Corby electrification was yet to be authorised, with commissioning scheduled for the final year of CP-2. While this analysis excludes traction and rolling stock, the intention was to acquire an additional 16 four-car Class 319 EMUs in addition to those for what was then known as the ‘London Interconnection’. The estimated cost was around £660,000 per vehicle in modern money, reflecting the basic nature of the design.

So what does CP-2 tell us? Remember these are the figures for ‘BR Infrastructure’, with passenger and freight train operating costs stripped out to equate to Network Rail as infrastructure operator.

Well, passenger usage has doubled, but costs, and passenger revenue, have increased by a factor of three. Instead of coming down, debt has soared.

While the costs of the renewals and enhancement projects in Table 5 seem ludicrously small by today’s ‘unaffordable’ resignalling and electrification prices, it was more than a decade ago that the plague of boiling frogs erupted across the network. Yet for all the Office of Rail & Road’s talk of ‘efficiencies’, boiling frogs are with us still.

I can’t resist including this extract from the CP-2 Business Plan as it might have been written in 1985.

‘The successful commissioning this year of the pilot installation at Leamington Spa of the new Digital Electronic Interlocking (DEI), developed by British Rail Research with Westinghouse and GEC General Signal, marks the start of the digitalisation of the railway. DEI will become the standard for future resignalling schemes. Currently under development at BR Research is the new Digital Integrated Control Centre (DICC) with the first example due to be commissioned by the end of the Control Period. DICC will greatly extend the area that can be controlled from a single workstation with Automatic Route Setting running the timetable, providing what might be termed ‘‘traffic management”.’

In conclusion, I should emphasise that CP-2 is not about giving succour to the ‘Back to BR’ brigade or winding up the doctrinaire privateers. It is meant to raise the question, which no-one seems willing to face up to, namely: why does the railway cost so much?