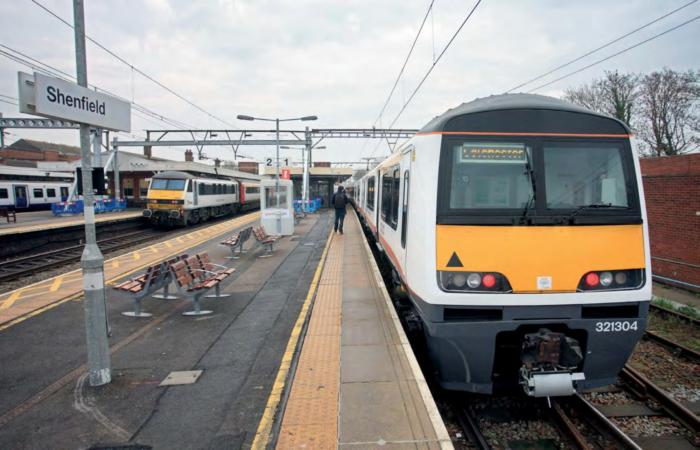 Renatus launch: unit No 321304 toured the Essex routes the class usually operates as part of the launch event on 16 December 2016. Here it stands at Shenfield, en-route from Southend Victoria to Colchester, as No 90003 propels the 12.00 Liverpool Street – Norwich service through the station. All photos by Antony Guppy 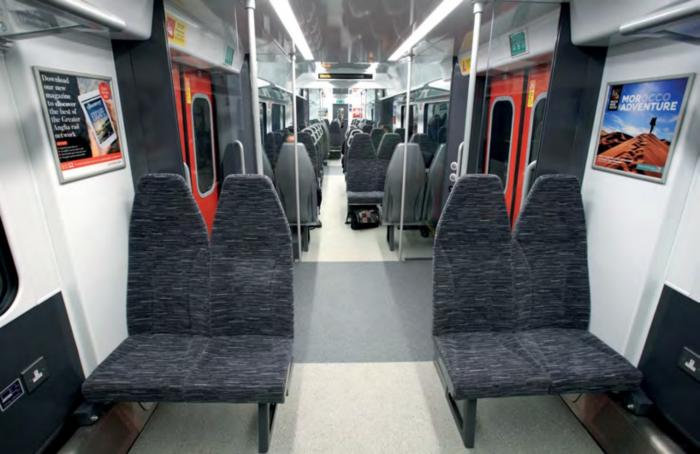 Bright interior: the Renatus unit features new seating, flooring and lighting; 3+2 seating has been retained in a suburban configuration.

OWNER EVERSHOLT Rail and operator Greater Anglia officially launched the refurbished Class 321 Renatus EMU on 16 December 2016. The interior upgrade work is being carried out by Wabtec Faiveley in a dedicated workshop at its Doncaster plant.

The ‘321s’ currently operate on GA’s suburban routes in Essex to Southend, Braintree, Colchester, Clacton, Harwich and Ipswich. The work involves a comprehensive interior refit to the class, with modification of a total of 30 units due to be completed by the middle of 2018. A parallel programme is seeing the units fitted with new traction packages supplied by Vossloh Kiepe, with this element carried out at Wolverton works.

The project builds on the creation of the Class 321 Demonstrator unit by Eversholt (No 321448), which showcased refurbishment possibilities and was subsequently retractioned to prove this concept as well. Among the changes to the interior layout compared to the demonstrator are the provision of sockets at every row of seats, reduced brightness of the lighting, provision of lino flooring throughout and adaptation of the layout to produce a suburban configuration with 3+2 seating most suitable for the routes operated with Greater Anglia. The aim has also been to productionise the design to ensure ease of modification.

■ 240V power sockets for each row of seats

The first Renatus production unit, No 321303, returned to traffic in the autumn and has completed over 7,000 miles in passenger service. It moved to Vossloh Kiepe to undergo retractioning work at the end of 2016, and in early January this was nearing completion. It will then undergo testing at Wolverton before moving onto the Greater Anglia network for eight-car testing and also integration testing of the Vossloh Kiepe supplies with the Renatus heating, ventilation and air conditioning (HVAC) equipment. This is expected to continue into February and is the final design validation step before proceeding with series production.

The second production unit, No 321304, was that used for the December launch event, and its retractioning will mark the start of series production. A third unit, No 321311, is at Wabtec Faiveley’s Doncaster site receiving its interior overhaul and will follow No 321304 for retractioning prior to returning passenger service by April.

Eversholt’s aim is to bring the programmes for interior refurbishment and retractioning together by the middle of 2017, so that units will begin receiving the retractioning work first. The company is seeking to accelerate this element of the programme so that it could be completed by late 2017 or early 2018, ahead of the interiors work. 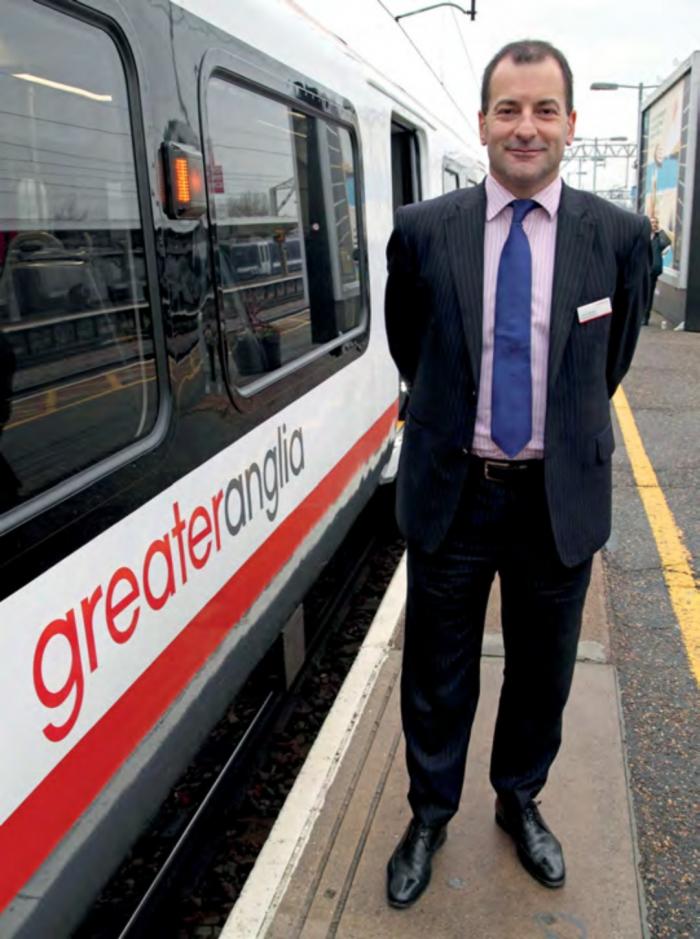 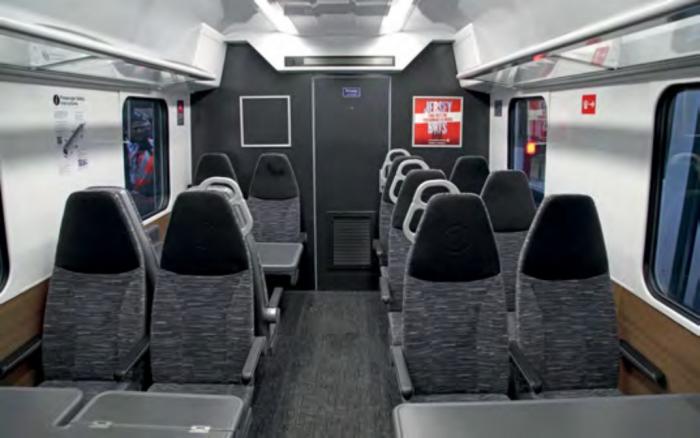 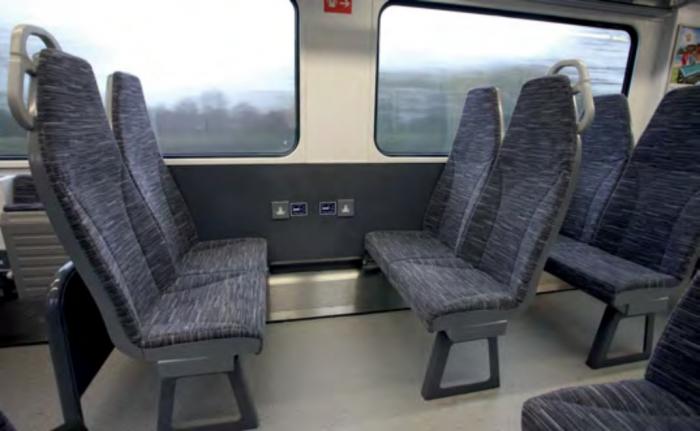 At-seat power: sockets are provided for each row of seats on the refurbished units.

Eversholt says that while 30 units are initially to be refurbished, any extension to this would be determined by market interest in the fleet; they will be removed from duties with Greater Anglia in 2019/20 as new Bombardier Aventra EMUs are introduced. The company has pre-contracted options to extend the work to more units, subject to market interest, and says it believes the refurbished ‘321’ is ‘a viable contender’ for service elsewhere; it is thought that this would likely be on similar duties to the suburban routes the fleet currently operates in East Anglia. 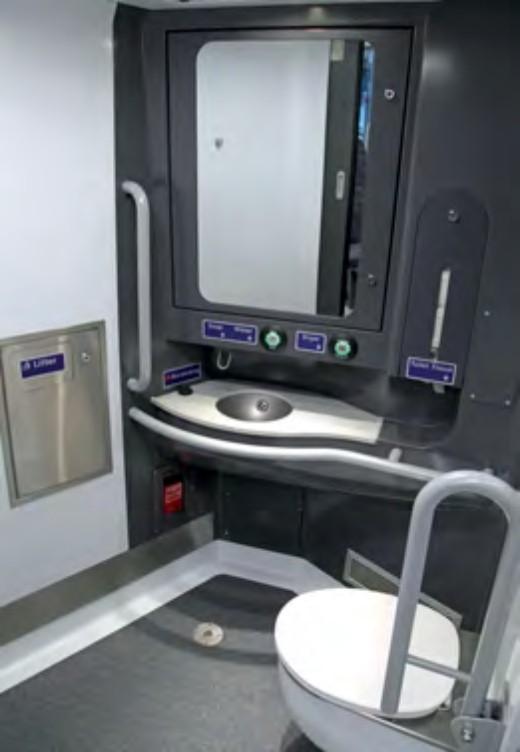