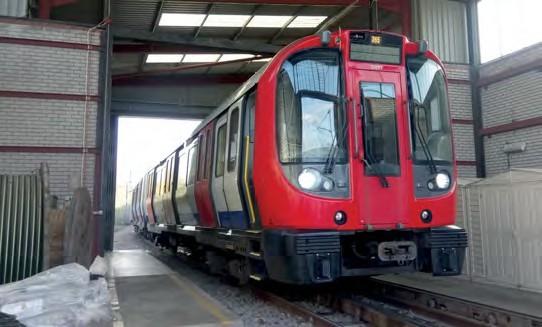 S stock at Old Dalby: testing underway on 9 November 2017. The antenna on the left-hand side of the cab roof identifies this as an ATO-fitted unit. Philip Sherratt 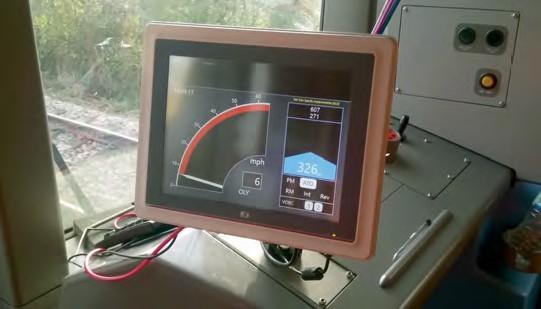 ATO in use: the screen indicates a speed of 6mph. Philip Sherratt

The 59 ‘S8’ trains for the Metropolitan Line and the 133 ‘S7s’ for the three other lines are progressively being fitted with the ATO equipment at manufacturer Bombardier’s Litchurch Lane plant in Derby. As of early November, 14 S8 and 21 S7 trains had been modified and returned to London.

However, at a briefing at the Old Dalby test track in Leicestershire, LU explained there are challenges with this process, with only one train so far completed with the 23-day end-to-end target for modification.

This is due to issues identified during the test process, which involves a day of testing by Bombardier, a day of static testing by Thales and then a day of dynamic testing involving both companies. The modifications required are very intrusive, with over 3,000 interventions taking place.

LU’s Acting Head of 4LM Chris Hobden highlighted that trains returning to the operator after fitment are not experiencing a dip in reliability.

LU plans to introduce the new signalling system progressively across the four lines through 15 migration areas (SMAs). The first two, covering the Hammersmith to Paddington section, are expected to go live next year, and for this LU will need between 43 and 53 modified S7 trains. The first testing of the new system on this section was completed in late September, with a further weekend of testing scheduled for early December.

The second SMA will extend further east to Euston Square and northwards on the Metropolitan Line to Finchley Road, for which the entire S8 fleet will need to be modified.

The third SMA will bring in the District Line section between Monument and Stepney Green, for which LU will require all 192 S Stock trains to be fitted with the Thales equipment.

The rollout across the lines concentrates first on the core sections in central London. Completion of the first six SMAs, which will include the entire Circle and Hammersmith & City Lines, will enable LU to introduce its first major timetable change in December 2021, bringing in 30 trains per hour (tph) on the core sections, although Mr Hobden said LU and Thales are currently working to beat this target.

After then completing the District Line eastwards to Upminster, attention will turn to the western suburbs, which includes the complications of shared Network Rail tracks on the Wimbledon and Richmond branches of the District Line, sections of shared running with the Piccadilly Line and also with Chiltern Railways services on the outer reaches of the Metropolitan Line. The next major change, targeted for December 2022, will bring in 32tph in the central area at peak periods, followed in May 2023 by 28tph on the Metropolitan Line trunk.

Jeremy Hooper, delivery director for Thales, explained at the briefing that the first seven migration areas utilise a pure communications-based train control (CBTC) solution, based on that operating on the Jubilee and Northern Lines, and the final design review for this has been completed. However, the remaining sections with their various interfaces bring in additional ‘delta’ functions due to the complex nature of the sub-surface railway.

Other challenges faced by the project include co-ordinating driver training with the rollout, as well as the various track, power enhancement and other infrastructure works required, which include 41 new signalling equipment rooms. LU will also need to equip its engineering vehicles with the new signalling system, with this work to take place in London at its Ruislip depot, where a test track is also being provided.

A further pressure comes from the impending expiry of the Transport and Works Act Order for the scheme in August 2018, after which new powers would need to be sought. TfL says it could begin preliminary works by this date if the additional funding is secured by the end of the year.

TfL says it will close out its current activities in respect of the project ‘in an orderly fashion’, including the completion of the stage one design, and will not commence any new activities until arrangements to provide additional funding are put in place.

The design works would provide a baseline from which the scheme could be taken forward in the future if funding becomes available. 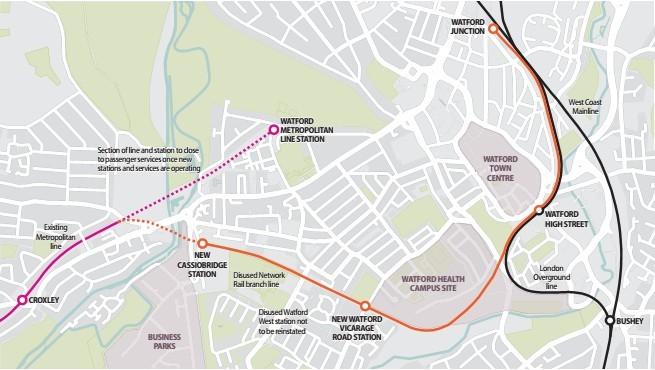