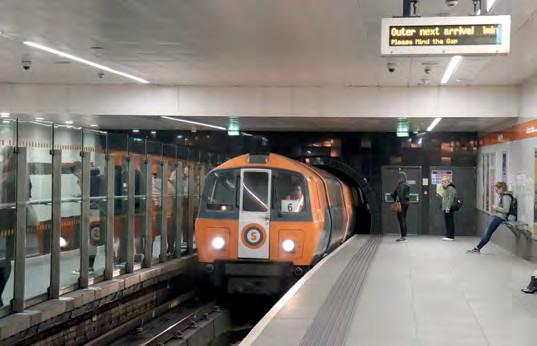 Circles under the Clyde: car No 109 leads an outer circle service arriving at Buchanan Street on 14 March 2019.
PHILIP SHERRATT

The Glasgow Subway, with its 10.6km twin tunnel loops beneath the city, is in the midst of modernisation. In 2016 Strathclyde Partnership for Transport, which owns and operates the Subway, let a £200 million contract to provide new trains and signalling to a consortium of Stadler and Ansaldo (now Hitachi), known as ANSTA. This forms part of an overall £288 million modernisation of the system, with £246 million of that funding coming from Transport Scotland. The first three new trains are now in Glasgow and installation of new signalling equipment has begun, with plans to eventually move to Unattended Train Operation with no on-board staff.