The plant, located close to Severn Beach, saw its first train of containerised rubbish from west London arrive in July 2016 as part of a 25-year contract providing non-recyclable waste for low emission burning and conversion into electricity by the Seabank gas-powered generating station adjacent to the site. The special train was routed via Bath and a reversal at Bristol Temple Meads and Henbury on the outward journey, and via Clifton Down on its return to the capital. DBC had brought in loco No 66035 via the previous day’s overnight container service to name it Resourceful as part of the day’s proceedings. Richard Giles 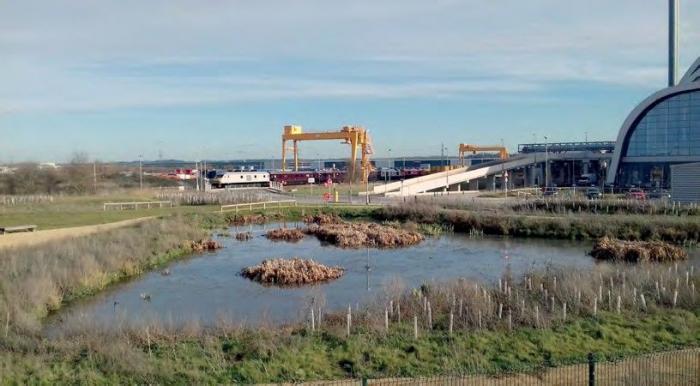 Open day: the train from London can be seen in the centre of the picture prior to its 15.00 return departure from the Severnside plant. Richard Giles