How far can rationalisation go? 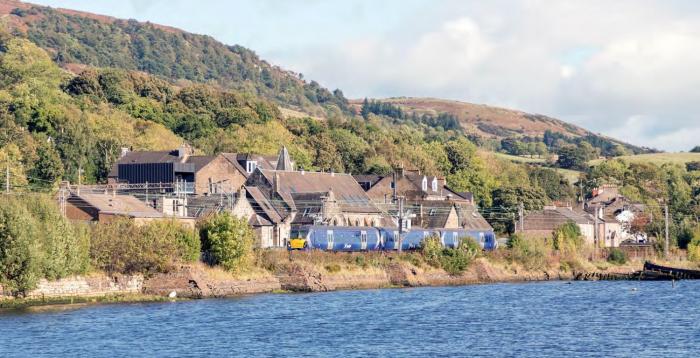 Juniper in Scotland: Alstom-built No 334007 seen from Bowling Harbour while working a Cumbernauld to Dumbarton Central service on 5 October 2017. Finepix Photography

I trust you all noted the vital number in Keith Fender’s comprehensive report on the proposed merger of the Alstom and Siemens railway equipment businesses in last month’s Modern Railways? Clearly, taking Informed Sources’ Sixth Law to heart, Siemens made sure it will have the controlling interest in the new Siemens Alstom organisation (note the order of the names, too).

Siemens’ shareholding will be 50.67%, with the remainder of the equity held by Alstom’s existing shareholders. Siemens also has the right to increase its stake by a further 2% four years after the merger is agreed.

Although described as a ‘merger of equals’, the new corporate structure says otherwise. Apart from the majority shareholding, Siemens will also nominate six of the 11 directors, including the Chairman.

The other board members will be four independent directors plus the Chief Executive Officer, with Henri Poupart-Lafarge of Alstom continuing in this role. As Keith Fender reported, the official announcement claimed that the two businesses are ‘largely complementary in terms of activities and geographies’. That may be true overall, but in the UK rail market they compete in rolling stock, signalling, electrification and rolling stock maintenance. History looms large in both companies’ UK representation.

In the beginning there were Metro-Cammell and GEC Traction, which supplied locomotives as well as traction equipment for Met-Camm built trains. Seeing the way the European railway industry was consolidating, GEC mastermind Arnold Weinstock set up a joint venture with Alsthom of France, creating a multinational able to match similar mergers then taking place.

While Lord Weinstock was around to keep the French honest, all went reasonably well. But then the centre of gravity of the combined home markets shifted eastwards. And his successors made a complete hash of running the rest of GEC, and GEC-Alsthom became Alstom.

That still worked until what I termed at the time ‘the curse of Almost (anag)’ struck. Put simply, Alstom in the UK lost interest in customer service, with disastrous results.

The Class 458 for South West Trains was the first to gain the essential electrical safety case, putting it in pole position in the EMU market.

All seemed set fair for repeat orders under the accelerated programme to replace the slam door stock fleets south of the Thames. But Alstom left SWT to get on with sorting out the Class 458’s teething troubles and a disillusioned SWT turned to Siemens. With the other franchises preferring Bombardier’s Electrostar, Alstom was out of the biggest sector of the rolling stock market.

Since the law of the multinational jungle is ‘what’s mine is mine and what’s yours is ours’, there was no chance of work from French factories keeping the Washwood Heath plant occupied and so the factory closed. Meanwhile the Bombardier Electrostar and the Siemens Desiro became the UK standard EMUs, generating substantial repeat orders. 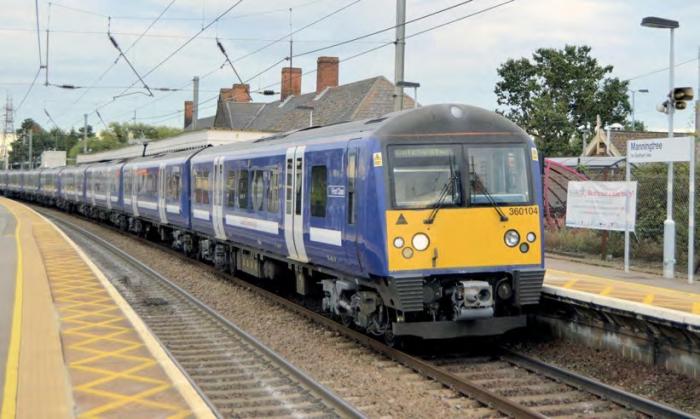 Early Siemens order: Class 360 No 360104 at Manningtree on 22 September 2016 while working from Ipswich to Colchester. David Andrews

Surprisingly, the Alstom board in Paris has never given up entirely on the Rosbif’s strange market. Successive Alstom UK Managing Directors have tried to stage comebacks – but with little success.

In the case of the state-sponsored ‘mega-contracts’ – for Thameslink, Crossrail and the Inter-city Express Programme – Alstom’s offer of an articulated design for Thameslink frightened the Network Rail engineers and the bid fell at the first hurdle. With Gallic logic, Alstom was not alone in considering IEP an unlikely prospect and withdrew from the bidding before any more resources were wasted.

Currently Alstom is attempting its latest comeback, but has been hampered by the lack of a suitable platform for commuter services.

A 125mph EMU design has been developed and Alstom was FirstGroup’s preferred supplier for the Greater Anglia replacement franchise – but that one went to Abellio, which preferred trains from Bombardier and Stadler.

London Underground was the other hope. But the Central Line retractioning went to Bombardier (supplement p12, last month) and the price was too high for the Jubilee and Northern Additional Trains (JNAT) requirement, which is now cancelled. And you will already have read about the prospects for Deep Tube, where both Alstom and Siemens are bidding separately.

Currently both Siemens and Alstom are reported to be bidding for the 60 additional vehicles to augment the c2c fleet. Contract award is expected to be announced by the end of the year, but in a rational world (Informed Sources First Law refers) the obvious solution would be to cascade some Class 350s displaced by the replacement West Midlands franchise to Essex.

While Siemens is banging out an eight or 12-car Thameslink Class 700 unit a week from its German factories, UK assembly could become commercially, as well as politically, desirable for the HS2 rolling stock contract. Alstom’s new Widnes plant could be used by either of the partners to counter the advantage of the expected lower costs of the Bombardier and Hitachi UK bases post Brexit.

In the split of responsibilities within Siemens Alstom, rolling stock will become the responsibility of the Alstom organisation in Paris.

Determining Siemens Alstom’s bidding strategy for HS2 could be interesting. Assuming all goes to plan, bids will be submitted two months before the merger is ratified in December 2018, with contract award a year later.

While Alstom leads on rolling stock from Paris, signalling and control will be based around Siemens Mobility in Berlin. Once again, some brief history is needed for the UK market.

By the 1970s the UK signalling market was dominated by GEC-General Signal (GEC-GS) and Westinghouse. Reflecting their status, the two companies became the sole suppliers of the British Rail Research-developed Solid State Interlocking (SSI).

Subsequently Alstom inherited GEC-GS and put it into Signalling Solutions Ltd (SSL), a joint venture with Balfour Beatty. This partnership was dissolved in May 2015 and Alstom became sole owner again.

Westinghouse was acquired by Invensys and then sold to Siemens in 2013. As with rolling stock, in recent years Siemens has had the stronger performance in the UK, as you can read in this month’s supplement.

In contrast, on 17 October, Alstom’s UK Systems, Signalling and Infrastructure Division notified signalling staff that it was starting consultation on a proposal to reduce workforce numbers by 250 permanent posts plus 80 contractors ‘over the next 4-6 months’. While the proposal covers all areas of the signalling business, it will focus on Engineering and Operations.

Alstom explained that the consultation was the result of a combination of factors. First, Network Rail has been deferring projects and cutting back on costs as the end of the current Control Period approaches.

As the Office of Rail and Road has reported, some £3.7 billion of renewals have been deferred to CP6.

Compounding this, Alstom has, recently, also lost some large signalling tenders. While the overall submissions scored highly, the company says it has been ‘consistently well behind the competition on price, demonstrating that our existing way of doing things is no longer competitive’. Despite a ‘large and growing pipeline of opportunities coming up over the next 12 months’, presumably for delivery in CP6, winning these and other projects will require a ‘much leaner and fitter organisation’.

So another knotty issue for Siemens Alstom to resolve will be how long the separate UK signalling operations will be allowed to compete in the UK market. This could involve selecting which company’s interlocking will be offered in the long-term.

Should this happen, Network Rail and London Underground will want to maintain a competitive market. The obvious contender is Ansaldo STS, in which Hitachi is the majority shareholder.

However, the most immediate issue will be Siemens Alstom’s bidding strategy for the new fleet of Conventional Compatible Very High Speed Trains for HS2, where both partners have expressed interest and the Invitation to Tender is due to be issued in April next year. Politically, the fact that TGV is seen as a French national icon, and that the rolling stock operation is based in Paris, will also have to be taken into consideration