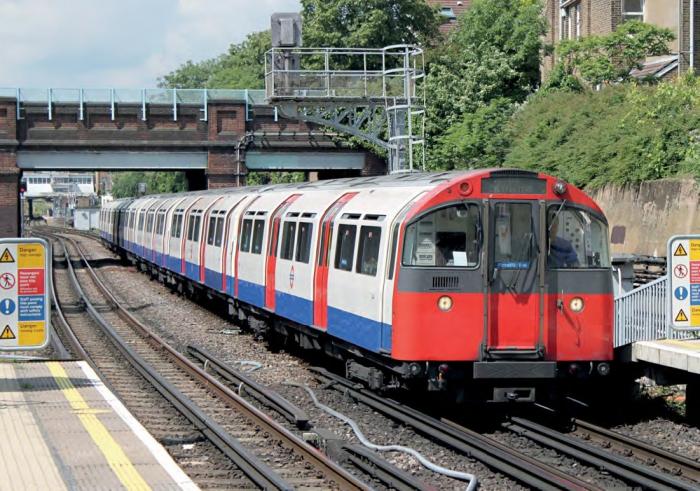 TRANSPORT FOR London has announced its intention to award Siemens a £1.5 billion contract to design and build 94 new trains for London Underground’s Piccadilly Line.

The first of the new Inspiro trains is planned to be delivered in August 2023, with the full fleet in service by 2026. They will replace the current fleet of 86 1973 stock trains, and TfL promises an increase in peak frequency to 27 trains per hour (tph) from the current 24tph by the end of 2026.

The line is the first to be upgraded as part of the Deep Tube Upgrade Programme, intended also to cover the Bakerloo, Central and Waterloo & City Lines. Although the order is for an initial 94 trains, TfL expects a single manufacturer to build the trains for all four lines to maximise cost savings; the total order could therefore comprise around 250 trains.

TfL says the contract will facilitate investment by Siemens in a new factory at Goole, East Yorkshire. The manufacturer announced earlier this year it would progress its plans for a factory subject to winning a major order. TfL says it will work with Siemens to maximise the number of trains being built at the facility, which will employ up to 700 people in engineering and manufacturing roles plus an additional 250 created during the construction phase. Twenty-two UK suppliers have been identified to potentially work with Siemens on the build of the new trains. 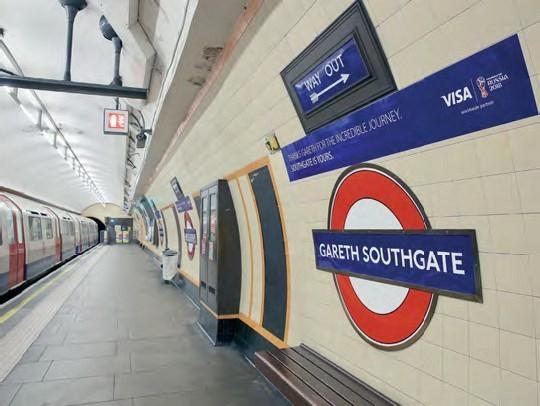 They think it’s all over: for two days (16-17 July), Transport for London renamed Southgate station in honour of the football manager who piloted the England team to the semi-finals of the World Cup in Russia.
Courtesy TfL

The initial 94-strong fleet will enable a frequency increase at the end of 2026. On completion of resignalling of the line, the purchase of seven additional trains would enable a progressive frequency increase to 33tph. The new signalling system will be designed to allow operation of up to 36tph, for which a further eight trains would be required, creating a maximum fleet size of 109 trains. TfL says a separate procurement process for the signalling and control system for the Deep Tube lines is underway, with a view to awarding this contract by mid-2020; shortlisted bidders for this contract are Alstom, Siemens and Thales.

Each new Piccadilly Line train will be six metres longer than the existing trains, and will include walk-through, air conditioned carriages. TfL promises improved accessibility, a design to optimise the space constraints in the deep tube tunnels and in-train information systems. The contract also includes whole-life technical support from the manufacturer.

TfL received three bids for the Deep Tube fleet, from Alstom, a Bombardier/Hitachi joint venture and Siemens. The overall Deep Tube programme across all four lines is planned to deliver a 36% capacity increase by 2035.