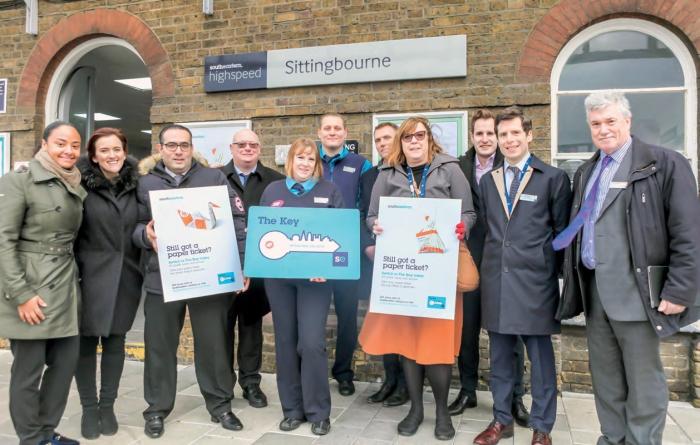 Smart ticketing improvement: Southeastern staffmark the launch of an upgraded version of the operator’s ‘The Key’ card. Minister goes smart: Transport Minister Andrew Jones (left) launches Nexus’s ‘Pop’ smartcard for travel within the North East region in November 2015, during his previous stint at the Department for Transport.

After many years, it appears the spread of smart ticketing may at last be accelerating. Transport for the North has received £150 million for its smart travel programme, and now the Department for Transport has launched a consultation on extending Pay As You Go (PAYG) ticketing more widely across the South East of England.