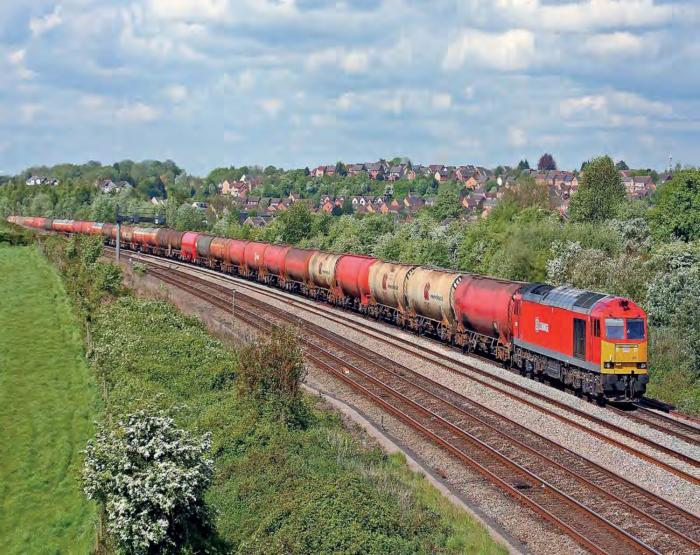 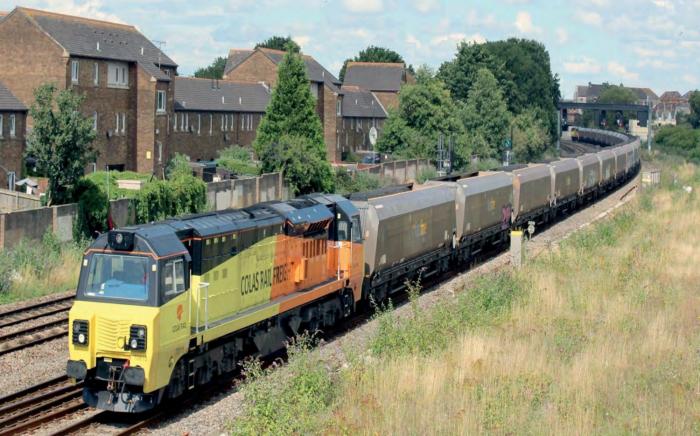 King Coal clinging on: Aberthaw power station is one of the few coal-fired power stations still in operation and accounts for most of the last vestiges of South Wales’ once-dominant commodity. Flows of imported coal restarted from Avonmouth in top’n’tail formations in August for stockpiling for the autumn. No 70815 leads 23 loaded hoppers through Long Dyke Junction (east of Cardiff on the South Wales main line) with No 70808 on the rear as working 6B20, the 14.02 Avonmouth coal silo – Aberthaw power station, on 1 August 2017. Martin Turner 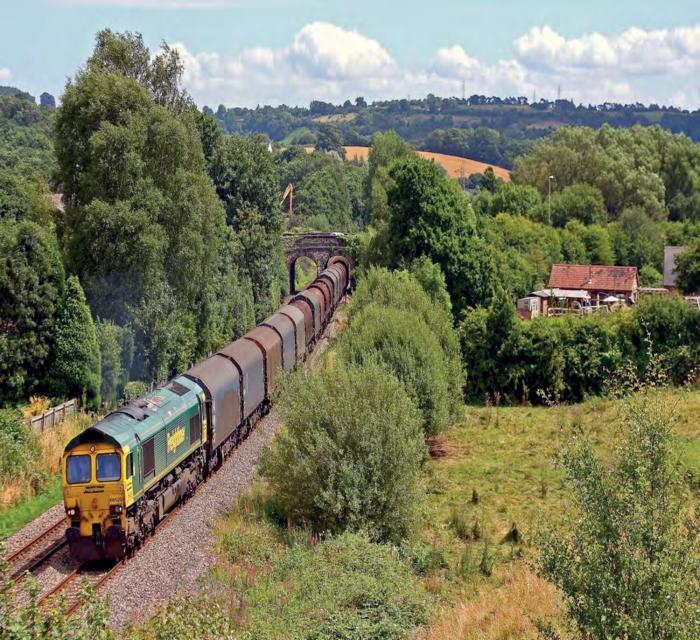 New operator: Freightliner has recently taken over the Margam to Dee Marsh metals flow from DB Cargo. No 66520 passes Ponthir, north of Newport on the North & West route, on the working on 20 July 2017. Peter Squibbs 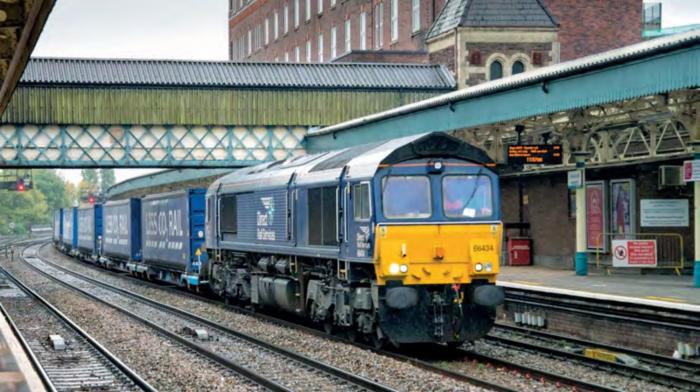 Under threat: a Direct Rail Services Class 66 hauls containers for Tesco through the rain at Newport on 24 October 2016,

nearing the end of its run from Daventry to Wentloog. As explained in our story on p19, this flow is in jeopardy. Rhodri Clark