SSI in the 21st century

Upgrading the once and future interlocking 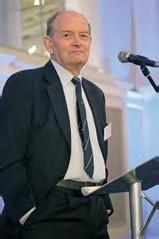 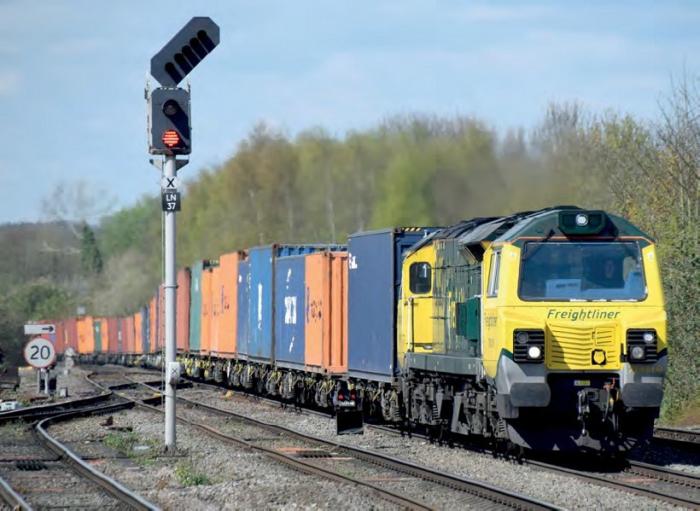 Where it all began: Leamington Spa. No 70019 passes through with a container train for Southampton on 23 April 2016. Huw Rossiter

Next year sees the 35th anniversary of a decisive step forward in the application of digital technology to railway signalling. On 8 September 1985, British Rail commissioned its first Solid State Interlocking (SSI) at Leamington Spa. Initiated by British Rail Research at Derby in 1976 – coincidentally, the year I joined Modern Railways – by 1980, a tri-partite agreement had been signed with Westinghouse and GEC General Signal for the commercial development of the new technology. After Leamington, a number of similar small schemes were ordered, such as Dorchester-Weymouth.

However, the big breakthrough had begun even before the Leamington commissioning. SSI had been given a cost saving target, compared with relay interlockings, of 15%. In 1984 BR tendered a relay-based renewal at Inverness. GEC General Signal submitted an alternative, non-compliant but cheaper bid based on SSI using two central interlockings. Belying the perception of British Rail as a reactionary state body, Scottish Region accepted the offer.

After that SSI took off. By 1990, 32 SSI central interlockings were controlling the East Coast main line from York to Berwick-upon-Tweed. In the south Liverpool Street and Marylebone were also SSI controlled.

For new technology the domestic market provides the shop window essential for exports. Building on BR applications, SSI became an export success. Largest of the European customers was Belgium, with around 200 SSI, followed by Portugal with 100. Even the home of techno-chauvinism, SNCF (French Railways), chose SSI for its new generation of computerised signal boxes, with the first of these commissioned in 1997. By the end of 2010, 59 SSI were in service, the installation at Strasbourg controlling 1,260 routes.

But by then SSI was falling out of favour. First, privatisation and the destruction of British Rail Research terminated proposals for various upgrades. In 1998 Simon Murray had been appointed Railtrack’s Director of Major Projects, with responsibility for restructuring Railtrack’s legacy projects. Shortly afterwards, at a meeting with signalling contractors, Mr Murray said that anyone still making SSI was heading down a blind alley.

With signalling renewal then, as now, unaffordable, Railtrack placed great faith in European Computer Based Interlockings (CBI) to cut costs, not realising the SSI was the original CBI. In 2000, according to the then Head of Signalling Assets, the aim for Control Period 2 starting in 2001 was to ‘grow the supply chain’.

Four sites were chosen for trials of three CBIs plus a single processor interlocking, all from newcomers to the UK market. The UK signalling suppliers did not get any support.

Today those three CBI pilot schemes – Manchester South, Dorset Coast and Horsham – are a byword for spectacular failure. Ansaldo struggled at Manchester South. On a visit to the late-running scheme, when we were discussing the problems, my Network Rail guide pointed out in mitigation that the Italian technician’s screens had superb graphics.

On Dorset Coast, Siemens also struggled. This was before the firm bought the Westinghouse capability and the Dorset scheme was both truncated, from 53 to 11 route miles, and ran late, mainly due to acceptance issues.

On a visit to Bournemouth with Chris Jackson of Railway Gazette International, we were staggered to find out that all the lineside equipment was hard-wired back to the interlocking. The same applied at Manchester South.

Contrast this with SSI, where the interlocking communicates with up to 63 Trackside Functional Modules (TFM) at the lineside over a common two-wire data link. In fact, the data link is duplicated for reliability, but just two wires are all that is needed. I think the term is ‘elegant simplicity’. It certainly confirms the ignorance of the CBI enthusiasts at Railtrack.

And then there was Adtranz at Horsham. This received Captain Deltic’s kiss of death. On a site visit one sunny afternoon, I was invited to unveil a plaque to celebrate the commissioning. Horsham was eventually resignalled by Alstom with Smartlock.

So, the great CBI revolution never happened. But then it did. Today Siemens Mobility, which acquired Westinghouse, and Alstom, the heir of GEC General Signal, run two-out-of-three (2-oo-3) interlockings on their own vital safety hardware. The data language for the application design is compatible with SSI and the trackside data links are also SSI.

When the new-generation, SSI backwards-compatible interlockings came in, the manufacturers stockpiled supplies of SSI components against future orders. While Westlock (Siemens Mobility) and Smartlock (Alstom) are immensely powerful, with the capacity of multiple SSIs, for modest schemes SSI remains competitive. The most recent application, the Seaford branch resignalling, featured in April’s Modern Railways (p66). 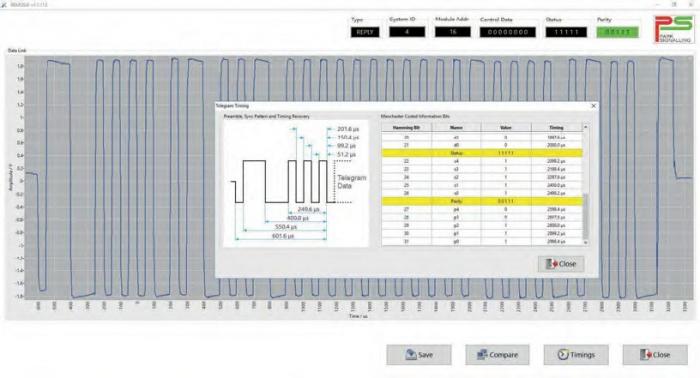 Figure 1: Typical display from REMOSdl. In the background is the oscilloscope trace of the telegrams being transmitted. The window is being used for a detailed timing analysis.

With classic SSI likely to be in front line use for a least another two decades, and on an increasingly busy railway, upgrades to the supporting systems and equipment are long overdue. Which is where Park Signalling of Stockport comes in.

Park was founded by a breakaway group of signal engineers when Alstom closed the former GEC site at Trafford Park, Manchester in 1998.

The leader of the group was John Slinn, who had been one of the team at BR Research responsible for SSI. Business Development Director Ian Allison describes Park as ‘the company that does things other companies don’t want to do’.

Not surprisingly, given John Slinn’s background, that includes SSI. Most recently Park Signalling has been busy protecting lineside communications on the East Coast main line against electro-magnetic interference from new traction units. Since 2016 Park has been owned by Unipart. The larger parent has encouraged the continuing development of its specialist subsidiary.

In recent years the Park Signalling stand at the Railtex and Infrarail trade shows has featured a growing number of enhancements for SSI among the company’s 45 Network Rail approved products. And in April the company launched its modernised version of the Technician’s Terminal used for SSI maintenance.

Over the years, Park has supplied several custom replacement terminals, one example being a basic unit to keep Manchester Metrolink operating after a lightning strike wiped out the original terminal. The temporary replacement remains in use.

But with the large population of SSIs remaining in service for the foreseeable future, Park took the decision to ‘go for broke and develop a new terminal that would do everything the original would do, only better’. Not surprisingly, the components and hardware used in the Technician’s Terminals supplied for the original interlockings are now obsolete.

Given the scale of the signalling renewals backlog, I was amused to note the comment that ‘the technologies used have been carefully chosen with consideration for longevity’. This includes the embedded Windows 7 software which will be supported by Microsoft for another 10 years.

While the new terminal is directly compatible electrically, Park Signalling has developed a modern, graphical user interface. This was demonstrated during the launch and, as you would expect with modern processing power, is more intuitive, easier to use and displays information more clearly. Obviously, the live demonstration was at a technical level way above my head. However, to judge by the subsequent Q&A session, the potential customers at the launch were clearly impressed.

What I could get my brain round was the separate demonstration by training specialist Signet Solutions of Derby, which was hosting the event, of a highly topical piece of Park Signalling kit. Called REMOSdl, it is a diagnostic smart tool for SSI data links.

Recent events with new electric traction on the ECML have brought electro-magnetic interference with SSI data links to the fore again.

But what fascinated me was the ability to examine the binary telegrams which transmit the SSI outputs and returning inputs to and from the TFMs. Each TFM is sent an output and replies with an input to the SSI in turn: the cycle restarts when the last TFM has sent its input.

A telegram is a series of equally spaced positive and negative voltages which look like a square shaped waveform on an oscilloscope (Figure 1). As the distance from the interlocking increases the resistance in the wire causes the voltages to drop, but this doesn’t matter because the system is inherently fault tolerant.

So long as a binary telegram is approximately ‘0’ or ‘1’, within defined tolerances, the system will assume it is valid. Fault tolerance is a good thing when it comes to keeping the railway running. But, rather like an athlete with a slight injury keeping going with medication, the tolerated fault may suddenly go out of specification and cause the system to fail.

In other words, the SSI technician’s terminal can warn of a problem only when the telegram has gone outside tolerance. And the fault that has occurred may be one of several emerging faults which you didn’t know about.

But not just distance can cause the voltage to degrade. In addition to equipment faults, you can have stray currents induced in the data link wires by an electromagnetic field generated by a passing train. Which is why you need REMOSdl, which lets the technician look deep inside the system and examine telegrams for amplitude – the voltage; and symmetry – that the positive and negative voltages are the same. By looking at individual telegrams, you can even see electrical noise, which shows up as a fuzzy top to the square section of an individual pulse.

Routine maintenance includes a periodic Amplitude & Symmetry survey when each telegram in a data link has to be checked using an oscilloscope. This is a cumbersome process that can take an hour for a single data link. There is also the risk that connecting the test equipment may affect the system.

When REMOSdl is combined with a ruggedised laptop and a small digital oscilloscope, you simply connect it to the data link with a couple of crocodile clips and capture the amplitude and symmetry data in seconds. Back in the office this data can then be analysed down to individual telegrams to your heart’s content. With the oscilloscope you can also look at individual telegrams and in real-time.

I’m conscious that this may all be a bit esoteric for the general reader (a bit? - Ed) but old prejudices die hard. Decision makers need to appreciate that SSI has not stood still and despite reaching its coral anniversary, the application of 21st century technology can offer improved reliability.

Of course, copper wire data links are very 20th century. But that is also being addressed by the Stockport ‘Skunk Works’. Park Signalling already has a fibre optic SSI data link module on test. It seems that Railtrack’s blind alley was more a direct road to the future.