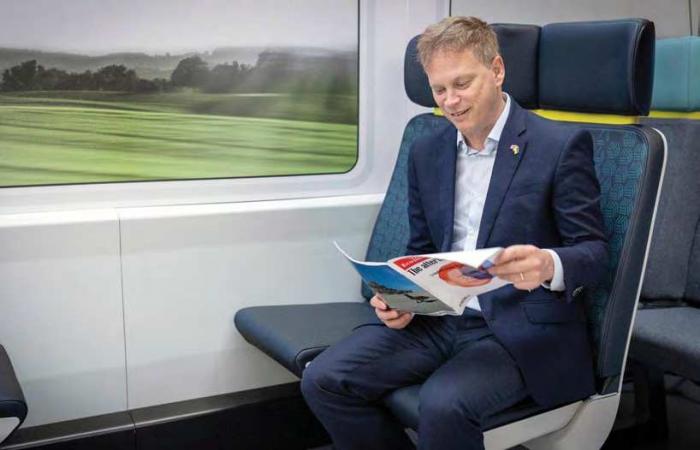 Class 165s are coming up for a refurb, and the above parties are wondering how they can mix things up a bit. I went to Marylebone to check it out, and rather than waste words describing it, here is a picture.

PriestmanGoode thinks it is cool to write the company’s name as one word with a capital in the middle; I don’t, so PG will do (Priestman, son of the legendary Jane, has left anyway). It produced the ‘Horizon’ sitting/standing seat previewed at InnoTrans pre-pandemic, where passengers were supported in a halfstanding position until they talked. The clever bit with this contraption was the staggering of the positions which allowed the elbows of victims to overlap so they could squeeze up closer together. Lucky us.