TRANSPORT SECRETARY Chris Grayling has accepted there is ‘a strong case to seek the acceleration of £500 million of renewals funding from CP6 into CP5’.

The move follows intensive industry lobbying over the £500 million shortfall in Network Rail’s renewals expenditure during the remainder of CP5. Mr Grayling cautioned that while the ‘tight fiscal environment’ meant that he was unable to offer any guarantees ‘at this time’, he would make the case during his discussions with the Chancellor ‘as we finalise the Statement of Funds Available for CP6 in the coming weeks’.

He also noted that his support for the proposals is conditional upon industry and Network Rail continuing to work together to drive efficiencies, sharpen delivery and bear down on unit costs. Network Rail Chief Executive Mark Carne has also been asked for reassurance that he will ‘further drive the process of Route devolution, which Mr Grayling sees as ‘a fundamental enabler of a more efficient and more customer responsive railway’.

Mr Carne has also pledged to act on the Hansford Review proposals concerning introduction of private sector capital into rail projects. He cited Digital Railway, the Western Rail Link to Heathrow and the Brighton main line upgrade as potential projects where third party financing could be employed. Roger Ford 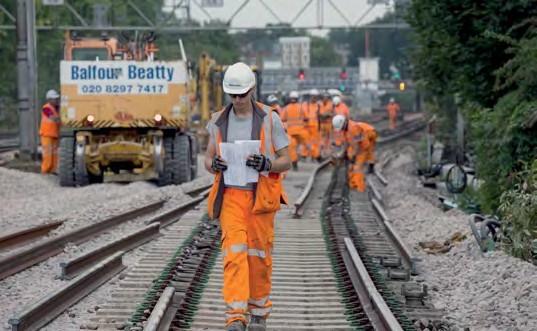