THE CONTINUED delay to opening of London’s Elizabeth Line is expected to cost Transport for London a further £750 million in lost revenue, according to the organisation’s business plan, published in December.

In November Crossrail Ltd confirmed the central section would not open during 2020, with the latest forecast from the company for a summer 2021 opening (‘Crossrail Update’ p92). The £750 million is in addition to the lost revenue factored into the plan published in December 2018, as the delays to Crossrail began to emerge. The loss is spread across the next four financial years, with its peak impact in 2021-22 and 2022-23. TfL has previously stated that the major revenue boost from the Elizabeth Line will come when the suburban services east and west of the capital are linked to the central section, now not expected to be until mid-2022. Crossrail Ltd also requires between £400 million and £650 million in additional funding to complete the Elizabeth Line, with discussions ongoing around how these costs will be resolved.

Mayor of London Sadiq Khan committed to a freeze on fares set by TfL throughout his mayoral term, and this continued in January 2020. From 2021 TfL’s business plan assumes fares will rise by around the retail price index (RPI) plus 1%, although the plan cautions that fares are set by the Mayor and this is only a business planning assumption. TfL Commissioner Mike Brown told the London Assembly Budget and Performance Committee the estimated cost of the fares freeze over the current mayoral term was £640 million, but that this had been offset by £150 million of additional income as a result of the freeze. the organisation has taken ‘a tough approach to prioritising capital investment, continuing only with work that is critical to maintaining current levels of safety and reliability, or with what is already contractually committed’ It says there is an average annual funding gap of nearly £1 billion to complete the next phase of London Underground rolling stock and signalling replacement.

Top of the list is new signalling for the Piccadilly Line, to work in conjunction with the new trains ordered from Siemens. TfL’s Chief Finance Officer Simon Kilonback told the Budget and Performance Committee this has an estimated cost of around £2.5 billion, and that TfL is looking to fund it using capital grants rather than by borrowing. He noted there is a 12% capacity benefit from the introduction of the new trains alone, but that the full 60% improvement needs the resignalling as well.

Other projects facing uncertainty include major upgrades at Holborn and Camden Town stations, which TfL has allocated into its ‘deprioritised’ category for capital investment within the business plan. ‘We will continue to look for third-party funding and work with potential development partners, which could help fund these improvements’ the plan states. ‘Without new funding sources, we will either have to allow our existing assets to degrade or fail to grow our transport capacity. Both of these choices would fail Londoners. 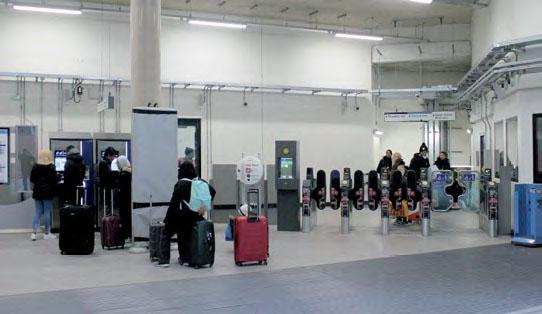 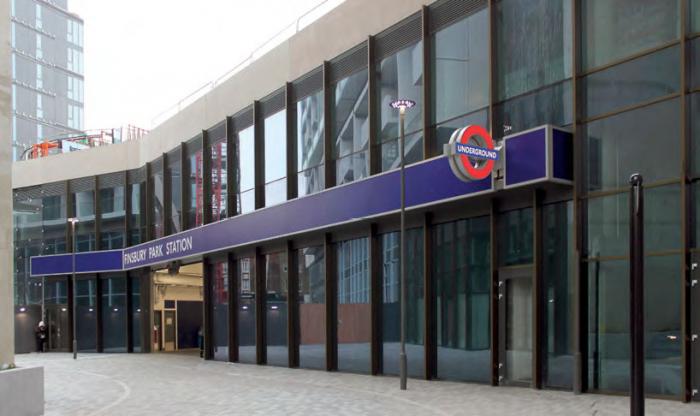 Upgrade at Finsbury Park: a new western entrance to the tube station opened on 17 December 2019, as a result of a collaborative venture between TfL and City North Finsbury Park, a combined commercial and residential development nearby. Two lift shafts were installed to the Piccadilly and Victoria Lines as part of the project.
Kim Rennie

TfL’s business plan again calls for certainty of capital funding beyond 2020-21 to enable planning of major capital investment. It says