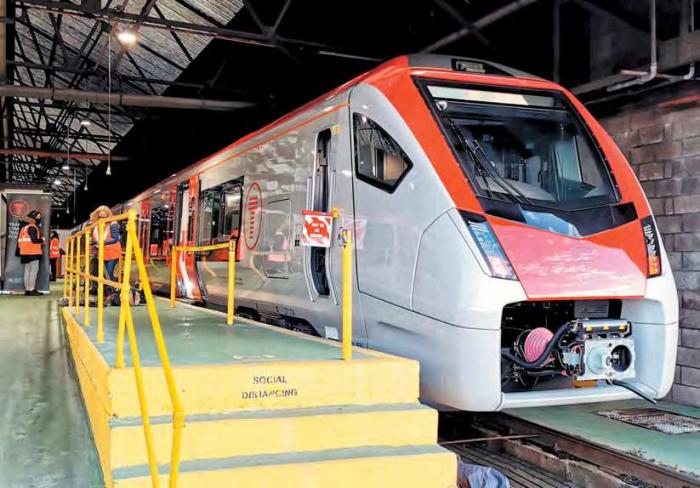 THE FIRST passenger-carrying duties for Transport for Wales’ new Stadler Flirt DEMUs may be on the Rhymney line, rather than the routes for which they are intended.

The first two Class 231 units arrived in Cardiff from Switzerland on 19 November. No 231002 performed the first testing and commissioning run on the night of 1-2 December, between Cardiff and Severn Tunnel Junction.

Hours later, Welsh Deputy Climate Change Minister Lee Waters performed the Flirts’ unveiling ceremony at Cardiff Canton depot. Having viewed the interior, he said the improvement in the quality of rolling stock on local services in South Wales would facilitate the task of persuading more people to use public transport instead of cars.