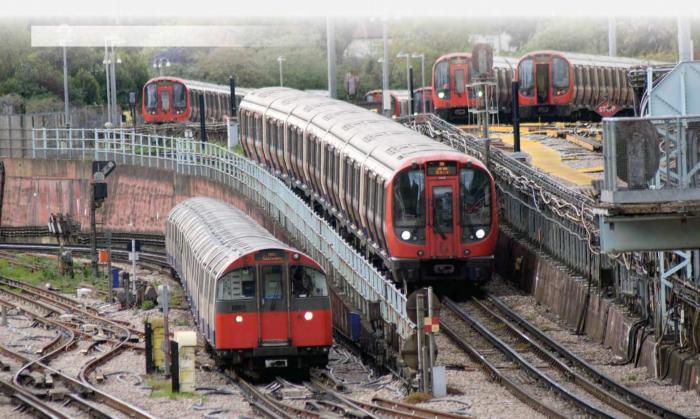 The race is on: 1973 and ‘S’ stock trains on eastbound Piccadilly and District Line services respectively approaching Acton Town on 26 April 2022.
DAVID JENKINS

‘Lucky, lucky, lucky’ intoned Kylie Minogue, way back in 1987. Admittedly, it’s unlikely that, back in the day, recontrol of London Underground’s sub-surface lines took precedence over the Ramsay Street neighbours in the Australian prima donna’s mind, but she might just as well have been singing about the signals on the Circle, District, Hammersmith & City and Metropolitan Lines.

The Four Lines Modernisation has a strong business case based on both capacity improvement and asset replacement. But even so, there has been an element of luck that the sub-surface railway (SSR) snuck under the wire when the public finances were still relatively flush. By comparison, as explained in a companion article (p60), the Piccadilly Line resignalling, which also has a good business case, has yet to be authorised; TfL is campaigning for the green light for it against a difficult economic backdrop.