The railway is not keen on high temperatures 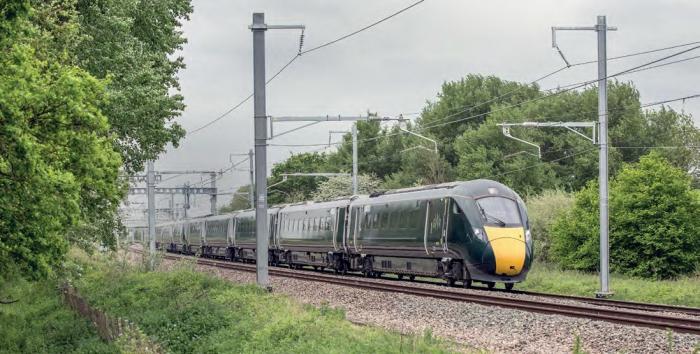 When the Period 4 results come out it will be interesting to see the impact of the overheating crisis that hit the Great Western Railway Class 800 bi-modes in the recent heatwave. On one day, half the diagrammed units were out of action as engines shut down through overheating.

There is an interesting precedent. Back in the notably hot summer of 1983, the Paxman Valenta engines in Class 43 power cars began overheating and shutting down, assuming the coolant over-temperature switch was working. Root cause of the problem was inadequate radiator capacity in the cooler-group.

Summer adds seeds and pollen to the ballast dust that clogs the fins of what is termed the radiator matrix, reducing its efficiency. When the Class 43s were re-engined, memories of the summer of ‘83 meant that both Voith and Brush produced generously rated new cooler groups, including radiators designed to be less prone to blocking.

With the new generation of underfloor engine 125mph DMUs such as the Class 180 and the Class 22X variants, designers were faced with the challenge of fitting a 750hp diesel engine into an underfloor raft which had to include the ancillaries such as the cooling system. Thus, everything is a tight fit and getting the air to flow into and through the radiators is much more difficult compared with a power car with a socking great grille on the body side and a fan to match inside.

With space at a premium, the margin for fouling of the radiator is not going to be generous and access to the radiators for cleaning is unlikely to be easy. The Alstom Class 180 has proved to be vulnerable in hot summers. Leaf fall, too, offers the opportunity for blocked underfloor radiators.

With a potential 1,000hp at full rating, the bi-mode’s MTU diesel engine is going to be rejecting even more heat than the Cummins in the existing 125mph DMUs. It doesn’t help that in the Class 800 power pack the radiator for engine cooling is behind the intercooler that cools the intake air after it has been compressed in the turbo-charger and before it enters the engine.

These high-power underfloor traction packages are masterpieces of engineering design, but compared with a power car it is making a rod for the maintenance engineer’s back. It’s worth noting, in mitigation, that the underfloor diesel power pack in IEP was originally intended to provide an auxiliary power supply if an electric train lost power. 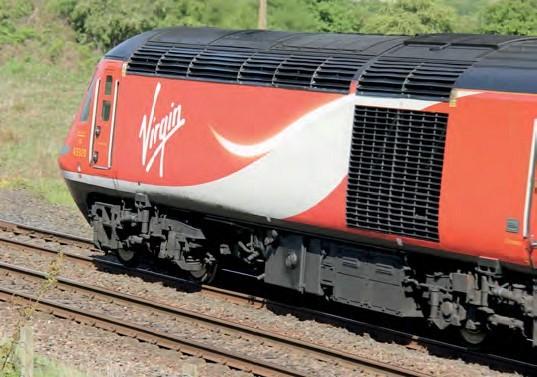 When the Foster review threatened to abort IEP procurement, Hitachi came up with the concept of converting the ‘donkey engine’ into a traction unit and fitting it to more vehicles, effectively turning the train into a cheaper DEMU. Even then, the aim was that the engines would only be used beyond the limits of electrification and not hammered up and down the main line.

But now the Government sees bi-modes as a cheap and cheerful way of getting round unaffordable electrification. And Bombardier has joined the party with its Aventra bi-mode (p76, last month). Of course, the diesel engines will be replaced as soon as battery and fuel cell technology can do the job. (Couldn’t find the ‘Ironic bold’ type – Ed.) 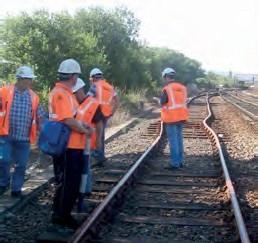 Heat wave: track buckle on the network in the summer of 2016.
Courtesy Network Rail