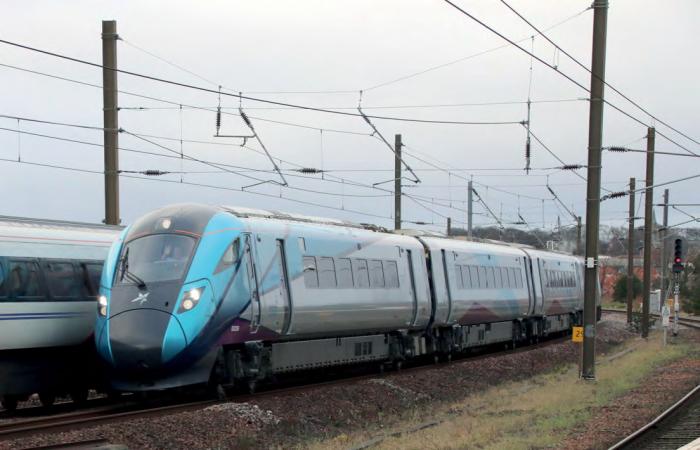 TRANSPENNINE EXPRESS expects to restore performance of its services by March, after punctuality and reliability fell significantly following the December timetable change.

Introduction of new services between Liverpool and Glasgow via the West Coast main line was implemented at the timetable change, along with TPE’s extension of Liverpool to Newcastle services to Edinburgh. But the Liverpool to Edinburgh service was not as intensive as planned: the operator temporarily withdrew some services from its timetable on this route before the changes took place, with a view to restoring them as soon as possible. As Modern Railways went to press, planned cancellations were due until the end of January.

Late delivery of new trains and the compression of training schedules have caused challenges for the operator. A statement on TPE’s website explained: ‘We had expected to be operating a few more of our new trains at this stage but due to a maintenance backlog and infrastructure issues, which has caused a delay to our training schedule, along with the late delivery of some of our new trains, we are behind with this. We are working hard to bring in the new trains as soon as we can and as soon as we do, we will be reintroducing these services.

TPE representatives attended a meeting of the Rail North committee on 8 January. David Hoggarth, Transport for the North’s Rail North board director, told a meeting of the TfN board later the same day that by March TPE expected to have restored services to an equivalent level as at the same time in 2019, with further improvements in the summer once all TPE’s new rolling stock had been introduced. He added that the committee did not accept that as a plan and had resolved to set a public target for TPE to improve its performance.

On 6 January TPE announced additional compensation for passengers following poor performance towards the end of 2019. Passengers holding a season ticket between 1 October and 31 December will receive a 3% rebate, offsetting the 2.8% average fare rise which took effect at the start of the New Year.