A digest of the main changes on Network Rail, London Underground and Northern Ireland Railways infrastructure during April 2020; compiled by Martyn Brailsford of the Branch Line Society (www.branchline.uk). 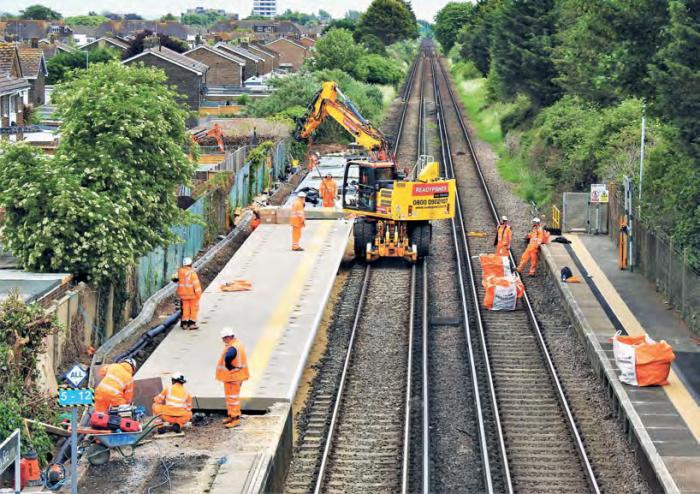 Platform extension: the weekend of 6-7 June saw platform extension work on the West Coastway to accommodate eight-car trains, which are to become the standard formation for Littlehampton to London Victoria services. The up platform at Goring-by-Sea and the down platform at Lancing were extended; this view shows work in progress on the former. The longer formations are a result of the elimination of splitting and joining of trains at Haywards Heath, a change prompted by the station rebuild works at Gatwick Airport (p60, May issue). Similar work has also taken place on the up platform at Cooksbridge in East Sussex, although selective door operation will contiue to be used at all three stations until a trackside beacon has been fitted later this summer.
John Vaughan

April continued to see a reduction in reportable work, with a number of projects deferred.