THE INDUSTRY NEEDS TO CHALLENGE TRADITIONAL MINDSETS, AND THE EDI CHARTER IS JUST THE START 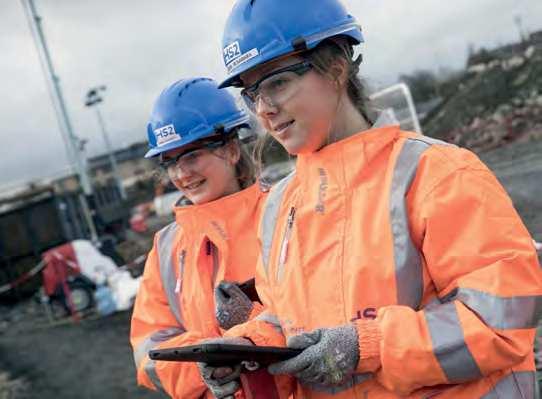 There is a longstanding cultural vision of the railways forged generations ago. It is of heavy engineering, men in high-visibility clothing working on the tracks… of hot, dirty footplates, Thomas the Tank Engine, the ‘Hogwarts Express’ – hard physical work undertaken largely by men.

This stereotype has never been true and must be challenged and corrected to encourage greater diversity in the railway.

Misconceptions of the rail industry have created an image problem, in turn contributing to a self-fulfilling prophecy which has made the sector unattractive to under-represented and protected groups.

Fostering Equality, Diversity and Inclusion (EDI) in rail is about challenging traditional mindsets and putting in place initiatives aimed at retaining diverse talent and attracting those who may not have thought a career in rail to be a possible or attractive career path.

The difference between the perception and reality of the railway means it is too often not seen as an attractive career choice for younger generations, their parents and their schools. It is a matter of fact that the railway still is largely not gender-balanced or diverse – especially at senior level.

The ‘Switch On, Switch Off’ research, undertaken by InnovationBubble for Network Rail in 2015, suggests girls aged seven to nine appreciated the social purpose of engineering but believed it is too dirty and messy. Aged 10 to 12, the research concluded many girls were worried that engineering is dangerous and that they weren’t strong enough – but that they responded positively to role models. Girls aged 13 to 15 believed engineering is unglamorous and antisocial – but intriguingly many liked the opportunity to stand out with a different career choice.

Many Women in Rail members admit they ‘fell into rail by accident’ rather than joined the railway as a deliberate career choice. There are support networks within the railway that challenge traditional views – but changing external perceptions is critical. It needs a credible, open, public and industry-wide commitment to EDI to highlight the opportunities and possibilities the rail industry offers.

Employers have a vital role in changing these perceptions, and there can be worrying gaps between how effective they believe their EDI policies are and what their employees think. Research conducted by Accenture suggests more than two-thirds of leaders believe they create empowering environments in which employees can be themselves, raise concerns and innovate without fear of failure. Yet only one-third of their staff agree –a damaging disparity of perception.

To tackle this, leaders must carry out a thorough assessment of their organisation’s culture and use that data to drive a comprehensive EDI action plan. That culture starts with leaders able to create a safe environment where diversity and vulnerability are embraced. This in turn leads to greater employee wellbeing, improves staff retention and attracts more diverse talent within the organisation – and over time to the wider rail industry.

Perception gaps can be managed by publicly demonstrating rail’s commitment to EDI as part of a co-ordinated industry-wide approach, with organisations creating an expectation of inclusion at all levels in their workforce.

This is where Women in Rail comes in. Since its formation, the charity has provided a central means for diverse women to find support for their personal and professional development and growth, thus helping the retention – if not the attraction – of female talent within rail.

Women in Rail has campaigned to raise awareness to the need for broader EDI in the sector. It has encouraged and facilitated best practice knowledge and resource sharing, providing companies with the tools they need to implement EDI changes within their own organisations. Its surveys and reports are often referred to by senior leaders. Women in Rail is now part of the rail industry’s consciousness and a recognised source of intelligence on gender balance and EDI matters.

Despite this good work, more needs to be done. The railway’s mission and position as a force for good must be reinforced, and its commitment to cultivate EDI across all grades and roles in the industry must be made more credible.

Last November, Women in Rail, jointly with the Railway Industry Association, launched the first ever rail industry EDI Charter, encouraging companies to make a public commitment to work together to foster EDI within their own workforces and improve gender balance and diversity in the rail sector. So far more than 160 companies have signed up to the Charter. This provides evidence that the rail sector is determined to implement long-lasting changes –a genuine and important milestone. But it is nothing less than the start of a new journey of co-operation to create a more diverse workforce for the benefits of all.

The Charter is not compulsory, of course – but it needs all companies in the rail sector to sign up to it to demonstrate that commitment to change and to embed EDI throughout. The single most effective way of creating change is for the whole industry to work together, and at the very least in terms of perception, to be seen to be doing so.

Many companies within the industry are already responding to the challenges of improving their workforce diversity and fostering an inclusive culture, as promoted by Women in Rail and formally set out in the EDI Charter.

At its best, this starts with honest self-reflection, identifying strengths and areas for improvement and developing a credible EDI action plan so as to create a culture that fosters inclusion and encourages ‘quiet voices’. Companies should appoint a member of their senior leadership team, ideally at board level, as an ‘EDI Champion’ to be at the heart of the gender diversity and inclusion effort and accountable for progress. This must be followed up with pro-active steps to advance diverse talent into executive, management, technical and board roles, and enable equality of opportunity through fairness and transparency. All elements of recruitment, from the process itself to shortlists and interview panels, must provide an environment which can foster diversity.

Once staff are recruited, flexible working environments should be promoted and analytics tools deployed to build visibility into the extent to which promotions and pay processes and criteria are transparent and fair. A zero-tolerance policy is needed for discriminatory behaviour such as bullying and harassment, and managers and staff should receive internal training to actively build their ability and address microaggressions.

But EDI will only be long lasting if organisations sustain their effort over time and ensure EDI is stitched in, not bolted on, and an expectation of inclusion is created throughout all grades and roles. There must be a purposeful follow through on diversity commitment, and leaders and managers must bear true accountability for strengthening diversity. There must also be an understanding that ‘one size does not fit all’, and of the extent to which women and ethnic minorities face bias and microaggressions more than the dominant majority.

One way train operators have promoted the case for diversity is celebrating it by painting trains in special liveries and organising specially staffed services.

Examples include Avanti West Coast’s Pride train, a fully wrapped Pendolino which was launched in August 2020 with a service from London Euston to Manchester Piccadilly staffed entirely by members of the LGBTQ+ community. 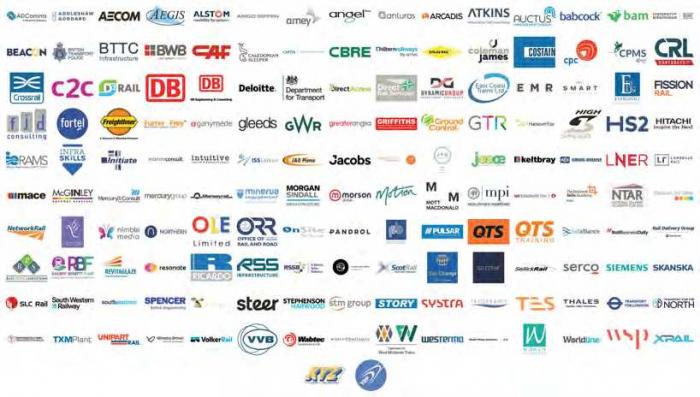 Diversity commitment: over 160 companies have signed up to the EDI Charter since its launch in November 2020.