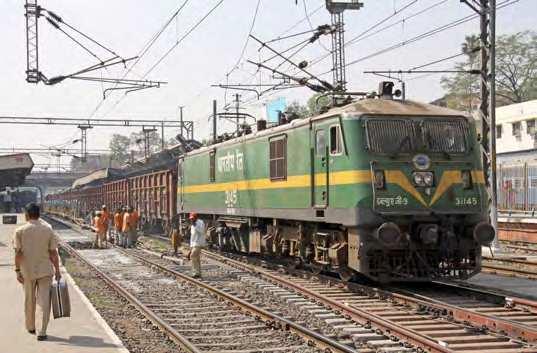 Based in England, I suspect I am not alone in looking northward to Scotland as a model for how a rolling programme of electrification can be developed. True, it’s a bit quiet on the authorisation front at the moment, but Transport Scotland and its Rail Director Bill Reeve are clear on what they want to achieve and by when.

However, this admiration, and the positivity (short of actually authorising a start) from the Transport Decarbonisation Plan, took a nasty blow when the July issue of Railway Gazette International dropped through the letter box. An article by the Indian Railway Board’s Executive Director Railway Electrification, Bhupender Singh Bodh, contained statistics which were, literally, impossible to grasp.

This is almost exactly four times the length of the UK network.