VIVARAIL AMONG LATEST EXHIBITORS AT RVE 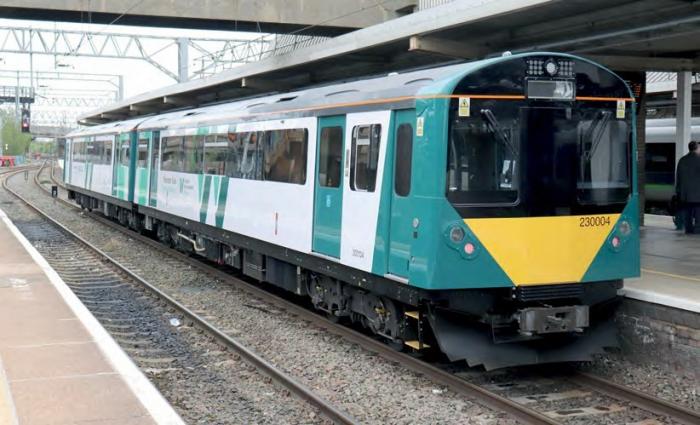 Class 230 manufacturer: Vivarail is exhibiting at Modern Railways RVE 2019. No 230004, built by the company for West Midlands Trains, stands at Bletchley on 27 April 2019. Philip Sherratt 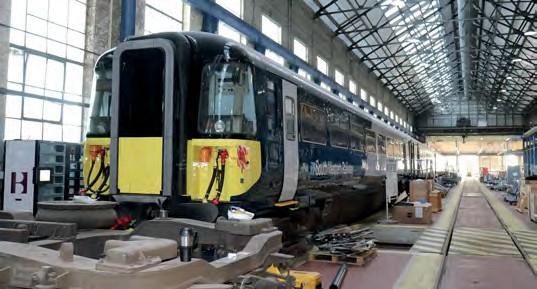 VIVARAIL – designer and builder of the Class 230 – is one of the latest firms to book to exhibit at the Modern Railways RVE expo.

In just four years the company, based at Quinton Rail Technology Centre at Long Marston, has completely re-engineered former London Underground D78 units to create a new main line train, the Class 230, with options to run on a variety of power sources. The first of the new units entered main line service with West Midlands Trains in April this year, with further Class 230s set to be delivered to Transport for Wales by the end of the year. The company is pioneering the use of battery power, to be incorporated in the Welsh units, and has devised its own recharging station for on-board batteries.

It is also planning to build a prototype hydrogen-powered Class 230, with testing planned to begin within the next year, while a battery-powered Class 230 is to be exported to the United States later this year to demonstrate the pop-up metro concept in Iowa.

Joining Vivarail in the growing list of exhibitors at Modern Railways RVE is Network Certification Body, an independent arm of Network Rail.

With accreditation as a Notified Body (NoBo), Designated Body (DeBo) and Assessment Body (AB), it provides conformity assessment against UK and European standards across rail infrastructure, vehicles and freight.

Also signing up to attend Modern Railways RVE as an exhibitor is Gemini Rail Group.

The company was formed after Knorr-Bremse sold its RailServices business and Kiepe Electric UK subsidiary in November 2018.

The Gemini Rail Group business operates under two divisions: Gemini Rail Services is the former RailServices arm and comprises the overhaul facilities at Springburn near Glasgow and Wolverton near Milton Keynes. Gemini Rail Technology comprises the former Kiepe Electric UK business, whose current projects include the refurbishment and re-tractioning of Class 442 EMUs for South Western Railway, the first of which entered passenger service in June.