Clapham seems to have faded from the corporate memory 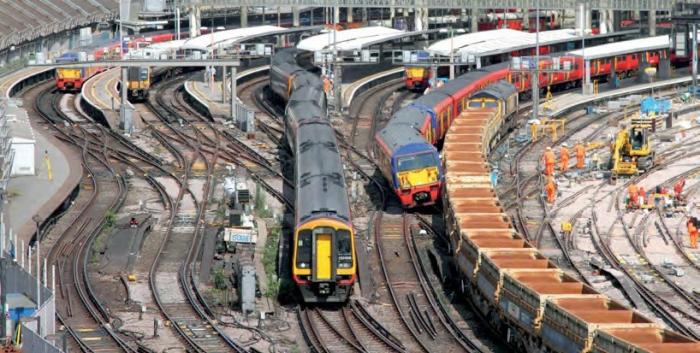 Collision: the leading car of unit No 456015 in the side of the ballast train at Waterloo on 15 August 2017.
Jamie Squibbs

Next year will see the 30th anniversary of the Clapham Junction accident which killed 35 people and injured 484. The cause was bad practice by a signalling technician who had left a redundant cable still connected at one end and with bare wire exposed at the other. This cable could move sufficiently to make contact with its original terminal on a relay. The result was a wrong-side failure that prevented a signal showing a red when the track section it was protecting was occupied.

Sir Anthony Hidden QC’s inquiry exposed major weaknesses in procedures, training and health and safety practice in British Rail’s Southern Region Signalling & Telecommunications engineering function. But for a profession that prided itself as the custodian of primary railway safety, Hidden was a massive culture shock, resulting in changes within the S&T function from top to bottom across the railway.

As experienced S&T engineer Clive Kessel, who would be involved in BR’s response, recalls, ‘there was a sense of disbelief that such an accident could ever have occurred in a discipline that prided itself on its safety record’. Echoing The Daily Telegraph Peter Simple column’s psychologist Dr Heinz Kiosk, the shocked signal engineers proclaimed ‘we are all guilty’ and every Region introduced standardised, more stringent training, procedures and testing. The Institution of Railway Signal Engineers introduced a licensing scheme.

Now consider another collision, not far from Clapham, at Waterloo on 15 August 2017. At 05.42 a train leaving platform 11 had reached 11mph when it was diverted at a set of double slip points and sideswiped a rake of hopper wagons acting as a barrier train on the track into platform 10. There were no injuries.

This barrier train had been positioned to allow Adjacent Line Operation while work was proceeding on the partial blockade to lengthen platforms 1-4. A still from the forward-facing closed circuit television camera on the EMU showed that the train left on a green signal. A second still, approaching the set of points just beyond the platform end, shows them stopped in mid-swing. In other words, neither switch blade was in contact with its stock rail.

Thus the right hand wheels could run straight ahead and the left hand wheels diverge to the left. And, in line with Sodde’s law, the train swung left, hitting the barrier train.

On 30 August the Rail Accident Investigation Branch confirmed it was investigating the collision. According to the RAIB’s preliminary statement, the ‘misalignment’ of the points ‘was a consequence of a temporary modification to the points control system which also caused the train driver and signaller to receive indications that the points were correctly aligned’. Issues to be covered by the investigation are:

The circumstances leading to installation of the temporary control system modification;

The safety measures provided while the temporary modification was in place;

The checking and testing procedures applicable to the modification;

Plus any relevant underlying management factors.

So let’s consider this incident with Clapham 1988 at the backs of our minds. First and foremost, with the points in mid-swing they could not have been detected. Therefore, for the signaller at Wimbledon to be able to set the route and the driver to receive the green signal the detection on those points must have been either bypassed, and isolated from the interlocking, or the relevant relay false-fed.

Either way, this would have represented a change to the interlocking and should have been identified by Level 1 (Principles) testing before being put into use. It is worth noting that the points were outside the possession area.

Long before the blockade started, signalling informed sources were expressing concern about the time in the schedule for testing and at T-12 the possession footprint was increased. In part this explained the extension of the blockade to include platform 10.

It is also worth noting that Waterloo station is one of the few London termini with signalling still controlled by relay interlockings. Making changes is a demanding process.

For example, when the former Waterloo International platforms were reopened temporarily for use during the blockade, it was found that trains coming in off the Windsor reversible line were held for just over a minute as a function of the interlocking logic. This was an inherent feature that could not be corrected.

Central to the investigation will be testing. There are two levels.

If you are replacing like-for-like, without making changes to the interlocking or layout, Function Testing – Level 2 in newspeak – is required. This simply checks that the interlocking still works as intended.

However, if you reconfigure an interlocking or the trackside equipment it controls, then you have to ensure that the interlocking on the ground complies with the new design and the control tables which incorporate the principles which underlay all safety signalling installations. This is known as Level 1 or Principles testing.

Level 1 testing is complex, draws on a small pool of suitably licensed engineers and technicians – which makes it expensive – and it is also time-consuming. Note the RAIB reference to the checking and testing procedures ‘applicable to the modification’.

So now we wait for the RAIB report, and let us hope that the inquiry proceeds with some urgency. Meanwhile there seem to be two schools of thought on the incident.

There are those, like me and the signal engineers I talk to, who see it as a fundamental flaw that could have led to another ‘Clapham’. But chatting to a senior and highly respected railwayman recently I explained the incident and his response was ‘the points should have been clipped’.

Well yes, that would indeed have stopped the collision, but the first line of safety would still have been breached.