NETWORK RAIL has postponed commissioning of the signalling into the former international terminal at London Waterloo, sparking fears that the major works at the station planned for August may not take place.

The resignalling between platforms 20-24 and International Junction was scheduled to be brought into use on 15 May. However, it did not take place, and the Weekly Operating Notice (WON) does not give a revised date for the commissioning.

Bringing the former international platforms back into use is a key component of the plan devised by NR and South West Trains to increase capacity into Waterloo. Availability of the additional platforms would help compensate for the loss of platforms 1 to 9, which are due to be closed for three weeks in August to allow for lengthening of platforms 1 to 4 so that they can accommodate 10-car trains. Plans have been carefully constructed to permit adequate service levels during the blockade, for example there are no summer Saturday services from Waterloo to Weymouth via Yeovil this year in order to free up Class 159s for running fewer, but longer, trains from Salisbury to London during the blockade.

A Network Rail spokesperson said: ‘We are continuing to proceed with our plans for the August partial closure of Waterloo. We have no plans to further reduce services beyond that which has already been widely communicated to passengers.’

Further complicating the potentially fraught summer at Waterloo is the fact that the handover of the South Western franchise from Stagecoach to new operator First MTR is scheduled for 20 August, during the middle of the works. Given the potential for problems, there is now speculation that the incoming administration may delay the franchise handover. 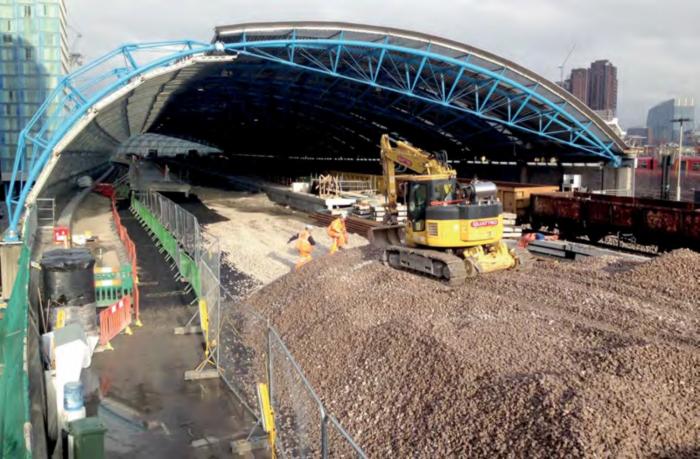 Lots to do: work goes on in November last year in preparing the platforms in the Waterloo International trainshed for their new role. James Abbott