PLANNING PERMISSION has been granted for Network Rail to build a dive-under at Werrington Junction, three miles north of Peterborough on the East Coast main line. NR said on 13 August work would begin ‘later this summer’, with the dive-under expected to be completed by early 2021.

The dive-under will allow trains to transfer between the Stamford lines to the west of the ECML and the Great Northern Great Eastern (GNGE) Joint line without crossing the ECML on the level; the GNGE is an important diversionary route as well as being used for many freight workings. NR says the scheme, along with others, is required to provide two extra paths per hour on the ECML for long distance high-speed trains. It is one of six projects within the ECML Connectivity Fund, and one of two identified as key to delivering the additional trains per hour required.

The tracks for the dive-under would closely follow the arc of the GNGE on its northern side as it deviates from the ECML. The new double track line will have a length of just under 3km and will leave the existing Stamford lines 650 metres south of Cock Lane footbridge. The dive-under structure will comprise a precast concrete box to be installed beneath the ECML. The Stamford lines will be moved west of their current position to enable the dive-under to be constructed. 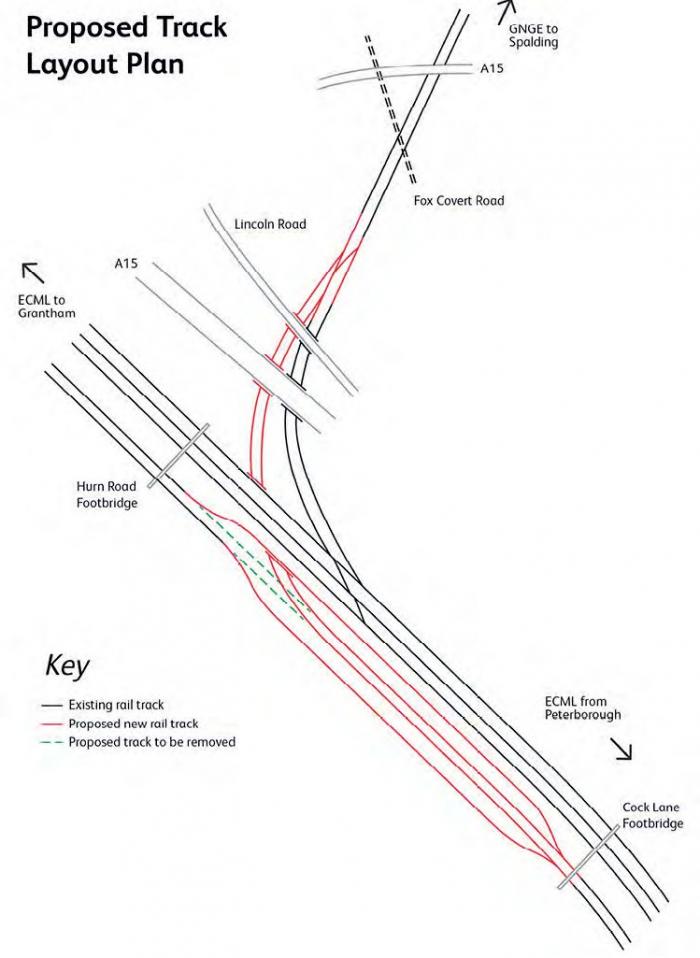