Fear passengers will desert the railway if nothing done 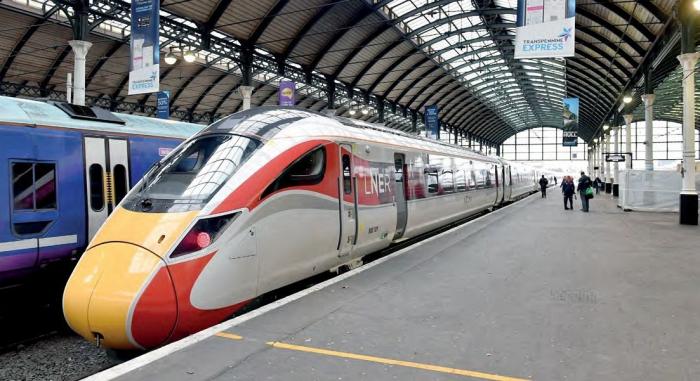 Government specification: one example is the Azuma on the East Coast. This is unit No 800109 at Hull Paragon station after arrival from Doncaster Carr depot and prior to departure to King’s Cross on a test run on 10 February 2019.Ian Lyall

RAIL REVIEW Chair Keith Williams has said there is a ‘window of opportunity’ for change within the industry, and it is important not to put the blinds down on it.

Mr Williams, a former British Airways Chief Executive, told the All Party Parliamentary Group for rail on 5 February that the review offers ‘a once in a lifetime opportunity to create a railway for the 21st century’. He was appointed to lead the review by Transport Secretary Chris Grayling in September.

Mr Williams emphasised that he is still ‘in listening mode’ but reported that the case for change in the industry had been put forward ‘by almost everyone I’ve spoken to in the last four months’. He noted that in certain quarters there is a rush to get to how the industry should be structured but said this should evolve from the commercial and customer model; ‘we should focus first on what we want, and the structure will then fall into place’ he told the group.

There had been ‘a remarkable consistency of feedback’ around the need to ‘reorient the industry towards the customer’, Mr Williams explained, adding ‘There is a fear that if we continue as we are, we will drive people away from the railways’. He noted that passenger numbers have been flat since 2013 and declined during 2017-18, and said there is a danger the industry takes recent passenger growth for granted, with poor service potentially affecting the opportunity to attract more passengers in future.

Mr Williams told the group there was little disagreement regarding the symptoms of the current problems, which he cited as a lack of accountability, too much fragmentation and too many barriers to innovation. However, he said the industry ‘can’t rely on an ad hoc relationship to fix the issues we have’.

Asked about the role of Government within the industry, Mr Williams responded: ‘What we cannot escape is that the industry is subsidised by the taxpayer. We cannot ignore that the Secretary of State is responsible to Parliament for that spending.’ However, he said he didn’t believe Government ‘wants to play the role it has played to date’. He outlined two key objectives for the railway – to support the national economy, for which Government would set the direction, and to meet social requirements, which would also be driven by Government.

Discussing the assertion that Government micro-manages the industry, Mr Williams highlighted the changes to franchise agreements over the period since privatisation, noting the tendency to ‘put more and more in contracts’. ‘Today’s contracts bear no real relation to where we started 20 to 25 years ago’ he told the group. ‘Is that right? It means you lose the opportunity for innovation, which is the reason franchising was brought in in the first place.’

Discussing fares and ticketing, Mr Williams said: ‘If we have a 21st century railway we need a fare system that customers will really value.’ He noted the need for transparency and the importance of formulating a system that passengers trust, and suggested fares is an area which could be changed fairly early in the process.

Mr Williams said his review team expected to produce five position papers setting out what his team thinks are the facts and the issues that arise from them. An iterative process would then lead to papers being produced for Government ahead of submission of a white paper in the autumn