ABOUT THE GOLDEN SPANNER AWARDS 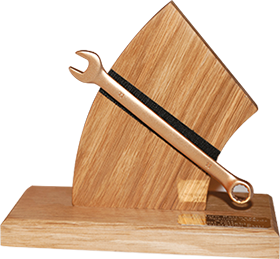 Modern Railways Industry and Technology Editor Roger Ford (‘Captain Deltic’ to generations of the magazine’s readers) has for many years assessed the reliability of the nation’s train fleets. In 2005 the 4th Friday Club asked the Cap’n to hand out that archetypal depot tool, a spanner, to the builders, owners and maintainers of the most reliable fleets.

The Golden Spanners is now an annual event at which all those interested in railway rolling stock meet to discuss best practice and celebrate excellence in train maintenance. After lunch and a speech from a key industry figure Roger Ford announces the winners of the awards. 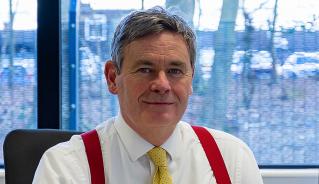 Simon French joined the Rail Accident Investigation Branch in 2004 and was Deputy Chief Inspector from 2009 to 2015. His previous railway career included six years as the Head of Operations and Safety with the Channel Tunnel Rail Link (later to become HS1), 10 years working on design and operational safety for wide range of railway projects in the UK and overseas including the Channel Tunnel, Heathrow Express and the Great Belt Tunnel (Denmark), as well as six years in various operational roles with British Rail.

The Golden Spanners awards – in which the trophies feature that archetypal element of train maintenance, a spanner – celebrate the best of rolling stock maintenance and are handed out to those companies making the greatest strides in train reliability, as measured by MTIN (Miles per Technical Incident). The awards are based on moving annual averages at Period 7 (four weeks ending mid-October).

The source of the statistics on which the Golden Spanners awards are based is the ReFocus programme run by the Association of Train Operating Companies. This is part of Fleet Challenge, which is responsible for rolling stock performance within the cross-industry National Task Force. This was set up by Deputy Prime Minister John Prescott in the late 1990s following concerns about punctuality.

Initially called the National Fleet Reliability Improvement Programme (NFRIP), the aim of ReFocus is to encourage the spread of best practice in train maintenance: the Golden Spanners awards are acknowledged as having made a valuable contribution to this aim.

In each category, the Golden Spanner is awarded for the most reliable train based on Miles per Technical Incident (MTIN), the Silver Spanner for most improved (percentage improvement in MTIN), and the Bronze Spanner for fastest incident recovery, based on primary Delay minutes Per Incident (DPI). Each year the Cap’n normally specifies a wild card category as well – such as Pacers or loco-hauled trains.

HOW DO I ENTER

The Golden Spanner awards are made on the basis of statistical information compiled by the industry and do not require companies to enter.

Tables of 10 at this event cost £1,500 +VAT, sponsorship details available on request. Contact Dave Lane via email david.lane@keypublishing.com or call on 07795 031051

09.20 Welcome from the Chair, Ian Walmsley