Alan Williams: Our pundit in the North 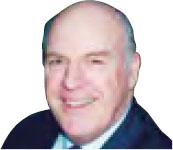 When the virus struck and rail ridership fell through the floor, the train operating companies (TOCs) gratefully fell into the arms of the men from the Ministry and most of us thought that was right. And as the Prime Minister had told everybody to stay at home, it probably was.

But as lockdown progressed, the TOCs seemed to go over the top into self-destruct mode. Whereas the Department for Transport website merely asked ‘Consider all other forms of transport, such as cycling and walking, before using public transport’, the messages from TOCs became increasingly draconian, with various versions of ‘do not travel by train’. Southern was saying ‘only travel by train if it is really necessary.’ Greater Anglia simply said ‘avoid public transport’.