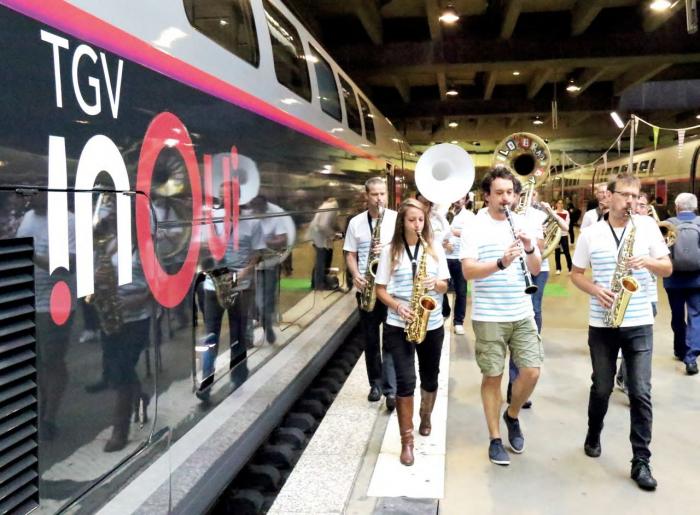 Oui to high-speed rail: the band sees off the inaugural train bound for the new line to Bordeaux at Paris Montparnasse on 1 July 2017.
Keith Fender

To Bordeaux twice this year, and two very different experiences. In early March, heading south to Bordeaux on a Friday evening on the last Intercité service of the day from Nantes; sudden braking and flying ballast hitting the windows of the Corail coaches suggest all is not well. In fact the train has hit a car on a gated level crossing at considerable speed around 60km north of Bordeaux.

The car’s driver and only occupant were sadly killed (probably instantaneously given the train’s speed), but fortunately no-one on the train was injured at all; the train driver was later treated for shock. That an eight-coach train with two heavy diesel locos was scarcely damaged hitting a car isn’t remarkable; however, the reaction of SNCF (French Railways) and the French authorities was exemplary.