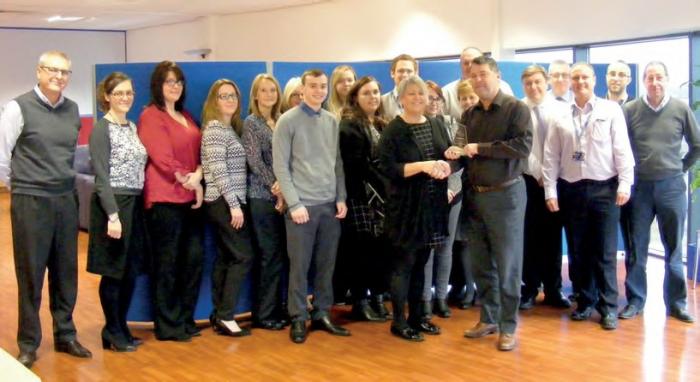 The award recognises the close relationship between the two companies to support Siemens’ train maintenance activities, and in particular the joint development to integrate a new asset management system into the Siemens warehouse at Doncaster over the past two years.

Unipart has also worked on a joint project with Siemens to introduce a new asset management system, CORMAP, to support the maintenance agreement for the Class 700 EMUs the manufacturer has built for the Thameslink route. The companies collaborated to identify information and data requirements, with Unipart providing significant design, testing and integration of existing and new systems.

The two companies have a 10-year agreement in place for the supply of parts to support the operation of Siemens’ train fleets in the UK.

100,000 seats: the number of seats Crewe-based TBM Rail has refurbished for UK operators now exceeds six figures. With a number of industrial dry cleaning units running constantly, the firm is able to clean and replace seat covers quickly, helping to minimise vehicle downtime. Besides cleaning, as seen in this photo, seat foam is assessed and the fire-proof membrane is also checked and replaced where necessary.

CONSULTANCY FIRM WSP Parsons Brinckerhoff will be changing its name to WSP in May 2017.

The company says the change of name reflects its recent growth to around 36,700 people globally, with 7,100 based in the UK. The new name will cover more than 85 small and mid-sized to large companies that have previously come together. This includes Mouchel Consulting, which was acquired in October 2016, and will become WSP in July when it is fully integrated with the wider business.

ALSTOM HAS signed a purchase agreement for the acquisition of Nomad Holdings, commercially known as Nomad Digital. The Newcastle-based company is presently owned by Amadeus Capital Partners, SEB Venture Capital and Deutsche Telekom Strategic Investments and other investors.

Nomad offers a broad range of applications and ICT solutions to train operators, including provision of on-board Wi-Fi and passenger information systems. The company says it and Alstom share a vision to make the ‘digital train’ a reality, and that Alstom’s heritage and pedigree will enable Nomad to accelerate delivery of that vision.

The transaction was forecast to complete in January, at which time Nomad will become a wholly-owned subsidiary of Alstom, reporting within the company’s digital mobility division. Alstom will then begin integrating Nomad into its own group; the aim is that Nomad will retain its brand and independent identity. Financial terms of the deal were not disclosed.

IAN ALLAN Publishing, the former owner of Modern Railways, has agreed the sale of its transport book titles and the ‘abc’ brand to Crecy Books. The move effectively marks the end of the company’s involvement in transport publishing, having divested its magazine titles to Key Publishing in 2012.

The company says it will continue as a publisher of Masonic books and runs its dedicated bookshops in London and Birmingham, while the Ian Allan Group will continue to develop its other interests, including property, organic retailing and distribution, motor franchises and business travel management.

WABTEC IS marketing its capabilities in condition monitoring following its acquisition of the Track IQ company 18 months ago. Track IQ was behind the wheel condition monitoring (WCM) installed at Swaythling on the South West Trains network in 2009, which has helped Siemens improve the reliability of its Desiro fleet. The Class 444s topped the Golden Spanners tables in last month’s issue, with the Class 450s close behind.

The WCM system has been complemented by a bearing acoustic monitor (BAM), with both WCM and BAM installed at Mortlake and now on the Paddington approaches as well.

Of the fleet, 29 trains were ordered by GWR for services between London and Devon and Cornwall, and are due for delivery from 2018. The remaining seven units are for services to Oxford and Bedwyn, and were ordered as part of a reshaping of GWR’s rolling stock strategy following delays to the Great Western electrification programme.

The Hitachi-built trains, which are based on the AT300 platform, are similar to the Class 800/801 Inter-city Express units procured by the Department for Transport for the Great Western and East Coast main lines, for which Rolls-Royce is supplying more than 330 MTU power packs. However, the diesel engines in the ‘802s’ will operate at a higher power rating and the trains will have larger fuel tanks.

VOSSLOH IS to sell its electrical systems business unit to Knorr-Bremse in a deal valued at €72.5 million. The transaction is expected to be completed during the first quarter of the year, with the transfer taking place on 1 July 2016. The sale has been approved by Vossloh’s supervisory board but is still subject to merger control clearances. 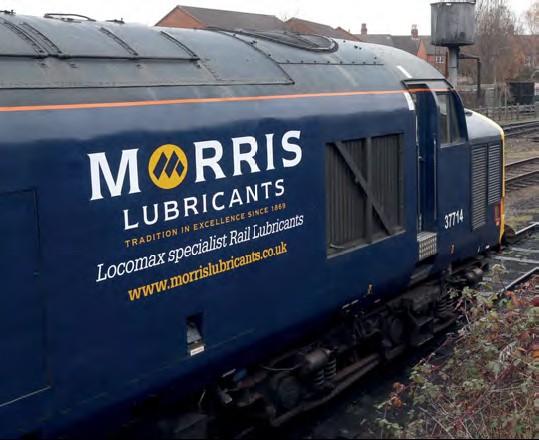 Oil company sponsorship: one of only four surviving Class 37/7 locos, No 37714, has been painted into a new livery to reflect support from Morris Lubricants, which has supplied products from its Locomax range for the locomotive. Direct Rail Services, which owns the loco, has placed it into the care of the Heavy Tractor Group to operate and maintain it at the Great Central Railway. The loco is likely to tour the country and operate on heritage railway lines in the future.

Research at the Interfaces of the Rail System, lecture, 14 February, Manchester

ERTMS and ETCS 2017: The Future of Railway Signalling in the UK, conference, 21-22 March, London