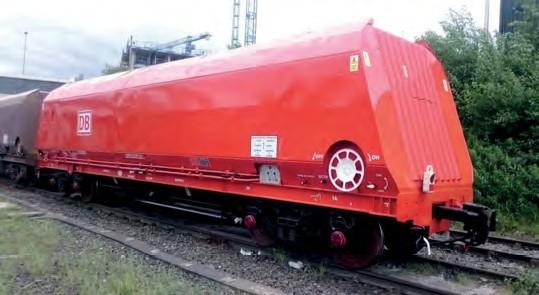 During the conversion one of the coal hopper bays is removed, reducing the length of the wagon from 17.757 metres to 14.347 metres. Despite this reduction, DBC says each wagon can still carry 101.6 tonnes of material, allowing the number of wagons per train to be increased from 22 to 27, thereby increasing the potential payload tonnage of the train by 447 tonnes.

The conversions are being carried out at both the Axiom Rail site in Stoke and the W.H. Davis site in Mansfield following the conclusion of a successful five-month trial on one wagon, which was used to carry aggregates from Peak Forest to Salford Hope Street. DBC says it plans to have all 110 wagons in full service by the third quarter of 2018.