Progress at last on the Newbury line: this is Ufton Nervet on 28 September 2017 with No 59001 passing with Acton to Whatley stone empties

Just before writing this I was watching Bob Dunne’s excellent video on YouTube taken from the leading cab of two Class 50s storming Shap with 13 on at the head of the ‘Caledonian’ (Slacking eh? Ed). What struck me were the slender Overhead Line Equipment (OHLE) support masts compared with those being installed on the Great Western Electrification Project (GWEP).

Since these masts and wires have withstood the worst weather the Northern fells can produce since the Electric Scots started running in 1974, and the 50 Class 50s which had been double-heading Anglo-Scots trains were transferred south, one could only wonder why Network Rail thought you would need structures more suitable for mooring cruise liners in the balmy airs of the south west.

Well, actually we do know. The foundation designers used the wrong formulae and got their sums wrong and, as an ignorant customer, Network Rail didn’t spot what was obvious to the rest of us, namely that everything looked as though it had been specified for Bromdingnagian Railways (picture, p39).

One reason why gross over-engineering was not noticed, although that is a slur on the engineering profession, is that Network Rail’s electrification neophytes assumed that the high profile dewirements on the East Coast main line (ECML) were due to British Rail having carried out the electrification ‘on the cheap’. Ergo, new electrification structures needed beefing up.

As is now recognised, the problem was not nature but nurture. Railtrack, during its short unhappy life, neglected OHLE maintenance. Then it took another 10 years of for Network Rail to settle down before the ECML OHLE started getting some belated TLC.

As reported in earlier columns, regular maintenance plus equipment upgrades have seen significant improvements. However, back in 2009, when electrification came back on the Department for Transport’s agenda, the ruling perception remained that the BR Mk 3b OHLE was cheap and unreliable.

So Network Rail set about reinventing OHLE and its installation. This begat Series 1, intended for main lines and compliant with the Conventional Technical Specification for Interoperability which provides for speeds up to 155mph. Series 1 was also designed to be installed by the High Output Plant System (HOPS) rather than vice versa.

GWEP is the first and last application of the Series 1/HOPS combination. The multiple reasons were explained in two articles in the July and August 2016 issues of Modern Railways.

GWEP was the then Transport Secretary Lord Adonis’ grand projet. However, at the same time, smaller electrification schemes were authorised in North West England. Because these could for either 100mph or 125mph running. There is provision for a 140mph specification in future.

Each application of the Master Series starts with the system configuration, which defines the linespeed. The installation is then specified using a single set of components, assemblies, technical data sheets, general arrangement drawings and foundations. Selection is based on construction methods, track layout, rules of the route and operating requirements. Network Rail argues that this prevents the choice of OHLE being determined by linespeed.

Where projects based on Series 2 OHLE are past GRIP 3,

With the Master Series using OHLE components from Series 1, Swiss supplier Furrer+Frey, which still maintains that the GWEP masts and fitments are appropriately sized, remains the prime supplier. From the floor at the seminar Alstom pointed out that its new CLever OHLE cantilever was also compatible with the Master Series.

There is also the Bonomi cantilever equipment that is being fitted on the Gospel Oak-Barking electrification. And Siemens has its SICAT LX catenary, currently being installed in Denmark.

While SICAT LX is TSI compliant for up to 155mph, the OHLE for the Danish programme has followed the BR approach in designing for simplicity and affordability. Obviously it is very difficult to compare costs across not wait for Series 1 and HOPS, a Series 2 OHLE design was developed in parallel. With no irony intended, this was seen as an ‘improved’ version of the BR Mk 3b. 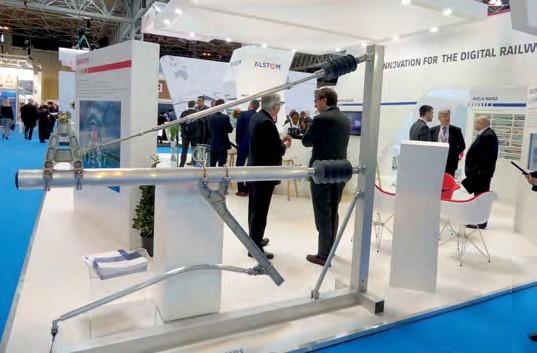 Alternative designs: an Alstom CLever (above) and a Bonomi cantilever

Improvements included a design speed of 100mph compared with 125mph for the Mk 3b. On the ECML, passive provision had been made for 140mph running. Thus the choice was between massively overspecified and unaffordable or not so over-engineered but speed limited – the equivalent capability of the Mk 3 for the 1976 Great Northern electrification.

At an Institution of Mechanical Engineers electrification seminar earlier this year, Network Rail’s Professional Head of Contact Systems Philip Doughty explained the rationale for the replacement of these two designs with a new ‘Master Series’.

With the Series 1 design incomplete and still evolving, the Master Series was described as predominantly an updated and ‘corrected’ Series 2 base, enhanced and improved with ‘components, technologies and philosophies’ from Series 1. In my motorcycling youth, the term was a ‘bitsa’.

Master Series provides a single set of components, assemblies, technical specifications, general assembly drawings and foundations that can be allocated and I assume that is in Scotland, Mr Doughty recommended that they should consider ‘realising the benefits’ of the Master Series. He added that standard designs must be selected from the Master Series range ‘where suitable designs are available’ different railways and times, but the Danish programme is on a par with ECML single track km costs inflated to modern prices. 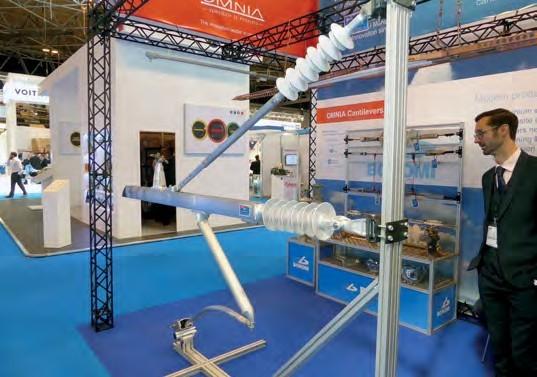 Push off arm to improve electrical clearance at stations

A rule set based on the electrical principles for new electrification