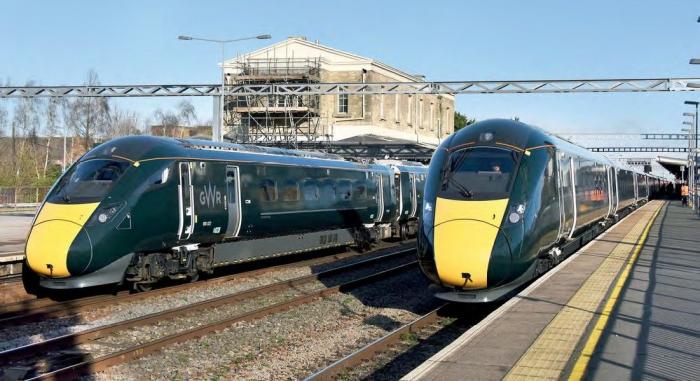 FIRSTGROUP’S RAIL businesses continue to generate value for the company ‘despite infrastructure challenges’ according to its chief executive Tim O’Toole. Issuing a trading update, First says like-for-like passenger revenue in its rail division grew by 3.2% in the period from the end of September 2017 to January 2018. 3.2% is also the growth figure for the financial year to date. Revenue growth in rail was higher than in any of the company’s other operating divisions.

First describes the revenue growth as ‘stable’, saying the division continues to deliver a strong contribution ‘notwithstanding ongoing infrastructure challenges’. For Great Western Railway it highlights the continuing rollout of new Inter-city Express trains on the franchise and the start of negotiations with the Department for Transport for a further direct award franchise to April 2022, with an optional further two years’ extension. TransPennine Express ‘continued to deliver industry-leading revenue growth’ says First, noting even greater growth will be required as its new fleet starts to be introduced later this year. First notes South Western Railway, which it operates in a joint venture with MTR, is ‘working to improve its operational performance for passengers, which has been affected by ongoing infrastructure challenges since the start of the franchise last summer’.