EXTENSION TO 2022 PROPOSED AHEAD OF NEW COMPETITION 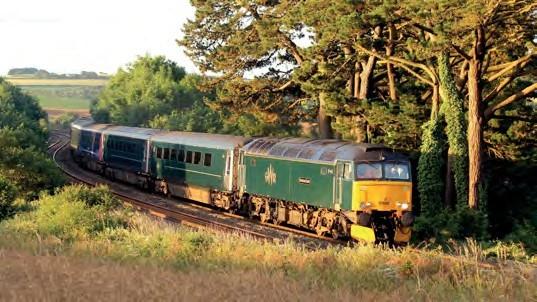 More carriages for the Night Riviera? On a gorgeous 14 July 2017, loco No 57602 is seen passing Trerulefoot between Saltash and Liskeard while working the sleeper from Paddington at about 05.30. Stuart Fowler

THE DEPARTMENT for Transport has announced its intention to extend the current Great Western franchise, held by FirstGroup, until March 2022. It is also consulting on wider plans for the next franchise, including the possibility of splitting the franchise into two separate operations. First currently operates Great Western Railway under a direct award agreement running from September 2015 until March 2019.