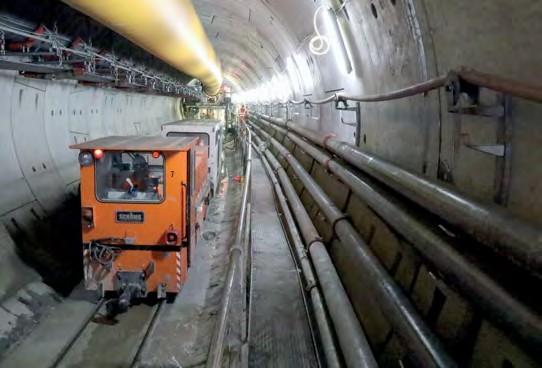 Northern Line Battersea extension: this is the northbound tunnel under Kennington Green on 16 October 2017. The extension is due to open at the end of 2020 and is one of the reasons why new trains have been proposed for the Northern Line
Keith Fender

TRANSPORT FOR London says it has ‘paused’ its programme to buy additional trains for London Underground’s Jubilee and Northern Lines.

Now LU is promising a new timetable will be introduced on both lines, starting with the Northern Line in January 2018, which will see ‘the highest frequency of trains running for a longer period of time’. Responding to a statement from the ASLEF union claiming the procurement had been cancelled, David Hughes, LU’s Director for Strategy and Network Development, said: ‘Our modernisation programme and in-depth technical work by our new combined engineering division has improved performance and reliability. This means we can increase the frequency of our existing trains without the immediate need for new trains, making journeys quicker and more comfortable for thousands of customers every day.’

LU has also cited the opening of the Elizabeth Line in 2018 as another factor, suggesting it will lead to 10,000 fewer eastbound Jubilee Line trips being made and 5,500 fewer trips from Stratford to Canary Wharf. The completion of the Thameslink Programme next year is also expected to relieve pressure on the Jubilee Line westbound from Canada Water.

Using the additional trains procured under JNAT, TfL’s ambition was to improve peak frequency on the Jubilee Line to 36 trains per hour (tph), although the base case was for 34.3tph (a train every 105 seconds) by late 2020. On the Northern Line an interim increase on the Morden branch to 32tph from April 2019 was hoped to be followed by 30tph on both the Charing Cross and Bank branches in April 2023, for which the additional trains were said to be needed.