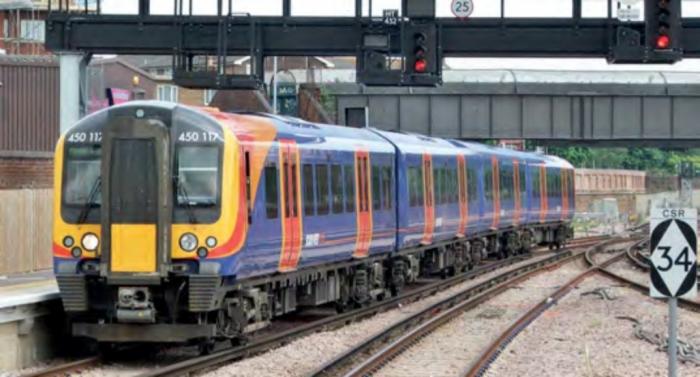 VICOS victory: South West Trains unit No 450117 arrives at Portsmouth & Southsea with a service from London Waterloo on 19 May 2008. The signalling here is controlled from Havant Area Signalling Centre, commissioned by Siemens in 2007. Colin Scott-Morton

Apologies for an error in last month’s column. Attempting to extract the costs of developing ARS+ from a Network Rail spreadsheet, while removing irrelevant data, I missed out two highly relevant lines. The corrected table is shown below.

And on a related subject, while the expansion of digital command, control and signalling is back on track, the legacy of the Digital Railway bubble is still with us. All the talk of Network Rail being in the signalling dark ages is now stuck in the political consciousness.

Here is Alan Mak MP in an article on how ‘Technology will destroy rail unions’ power’ in The Daily Telegraph: ‘Instead of pulling levers, signalling engineers will write code and algorithms’.

Since Mr Mak is MP for Havant, perhaps Network Rail could arrange to show him around his local Area Signalling Centre, where he could see signallers using the Siemens VICOS screen-based system, packed full of code and algorithms.