THE NATIONAL Audit Office has criticised the Department for Transport’s management of the Govia Thameslink Railway franchise in a report released on 10 January 2018.

The franchise began in September 2014 and was intended to bring together all routes covered by the Thameslink Programme, which is introducing an enhanced cross-London service. However, GTR has struggled to operate services reliably due to a combination of factors including a shortage of drivers, industrial action by trade unions and poor infrastructure reliability.

Between July 2015 and March 2017, 7.7% of GTR services were either cancelled or delayed by more than 30 minutes, compared with 2.8% on the rest of the network. GTR was responsible for 60% of these, with Network Rail responsible for a further 37%. Most of GTR’s cancellations were caused by train crew issues, many of which DfT and GTR attribute to industrial action by the ASLEF and RMT unions in a dispute over driver-controlled operation of trains. Since March 2017 performance has improved significantly and has exceeded 80% Public Performance Measure (PPM).

The NAO says of the five bidders for the franchise Govia scored highest for its proposals on service quality and put forward the lowest cost to run the franchise. Govia had forecast it would make a profit of almost £130 million during the first three years of the franchise, but has in fact incurred a loss of £5.25 million after tax. This is attributed to underestimation of costs in its bid, unrealised efficiency savings, financial penalties imposed by DfT and the hiring of extra staff. In contrast, DfT has retained £760 million in revenues, net of its franchise payments to GTR over the three years; the franchise model chosen was different to others, with DfT retaining all revenues and making franchise payments to GTR, rather than the operator retaining revenues as is usually the case.

A key early issue for GTR was driver shortages on Thameslink and Great Northern routes, an issue the NAO says has persisted on the Great Northern route. GTR received 605 drivers when services transferred from previous franchisee First Capital Connect, a shortfall of 77 against its estimated requirement. NAO is critical of DfT’s processes to ensure sufficient drivers are available as franchises transfer. 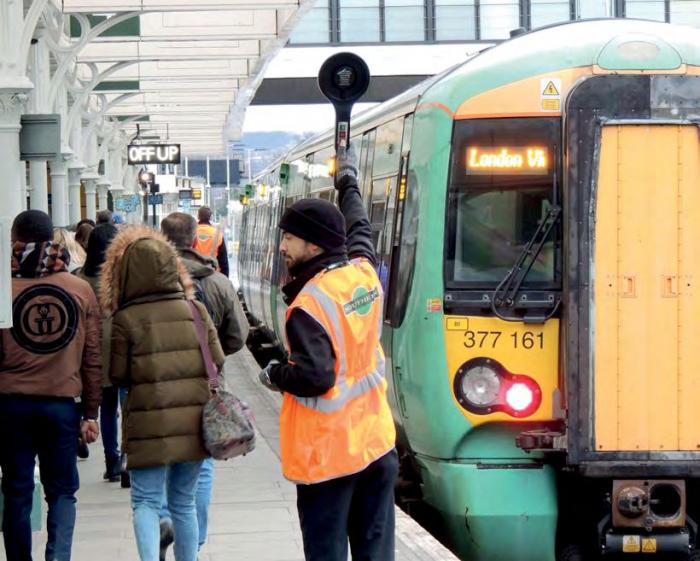 In terms of industrial action, the NAO notes all five bidders for the franchise proposed more widespread use of driver-only operation (DOO) than DfT had originally specified. While DfT recognised there was a risk of industrial action resulting from GTR’s plans, the NAO says DfT did not fully evaluate the possible effects on passengers of different scenarios of industrial action before awarding the contract, nor did it ask GTR to do so.

After GTR breached required performance levels in July 2015, DfT agreed a remedial plan with the operator, which was finalised in February 2016. This included commitments on driver recruitment and training, additional management resources, improvements in passenger information and investment in rolling stock modifications to reduce the number of technical faults, including issues with the train doors. However, delays and cancellations due to industrial action were classed as ‘force majeure’, meaning the operator would not be held responsible for the resulting poor performance.

NAO says DfT considered terminating the contract in late 2016 and early 2017, but did not pursue this because there were insufficient grounds, chiefly because the main cause of disruption was industrial action, a ‘force majeure’ event in the contract. Instead DfT required GTR to produce a further remedial plan, which NAO says was not finalised at the time its report was written. A July 2017 agreement between DfT and GTR subsequently committed the operator to spending £13.4 million on measures aimed at improving services for passengers. NAO suggests it is unclear how DfT will incentivise GTR to deliver good services, having removed its ability to use financial performance penalties up to September 2018.

Network disruption has been a major contributor to GTR’s delays, and in 2016 as part of the Gibb review Network Rail identified a package of maintenance that would reduce delays and asset failures. NR estimates it will cost up to £900 million to address all the issues it has identified, and has prioritised £300 million of works for completion by April 2019, funded by a £250 million grant from DfT, with the remaining £50 million reprioritised from Network Rail’s existing maintenance budget.

The NAO recommends DfT should give more consideration to the needs of passengers when designing future franchise contracts, that it should work more closely with Network Rail to understand the impact of high-frequency services on congested parts of the network on passenger disruption and how to manage and recover from disruption more quickly. It also suggests DfT should strengthen its monitoring of operator’s crew planning towards the end of franchise terms, and should take a more integrated approach to planning renewal and major improvement work so as to consider whether renewal work that could improve resilience should be carried out before an enhancement project begins.