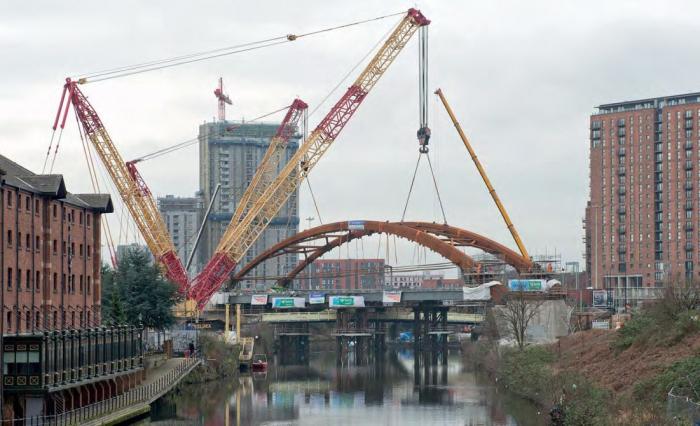 Landmark on the Manchester skyline: the ‘Network Arch’ bridge over the river Irwell, part of the Ordsall Chord, is lowered into place on 21 February 2017.
TONY MILES

Projects large and small featured in a strong field of entries for the 2017 Railway Industry Innovation Awards. Now in their 20th year, the awards are the longest-standing scheme in the industry. The presentations were made at a meeting of the Modern Railways Fourth Friday Club held at the Paddington Hilton on Friday 23 June.