T-6 is the new T-12 in ‘unprecedented circumstances’ 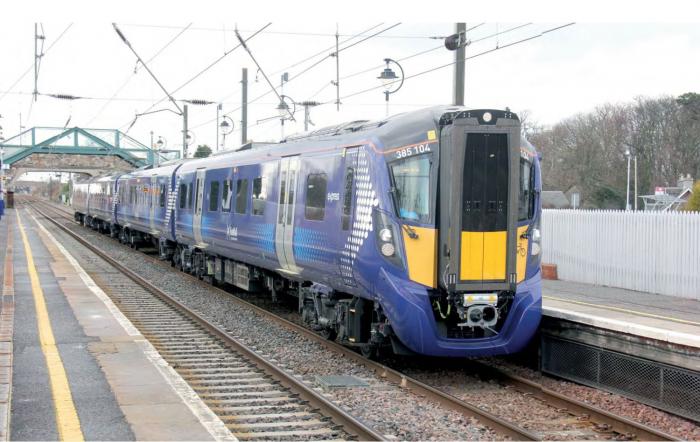 Readers of Modern Railways would have seen it coming, given our recent extensive coverage of infrastructure and rolling stock delays and operational changes since Network Rail issued the May 2018 Working Timetable (WTT) on 17 November last year. This was, according to the Rail Delivery Group (RDG), ‘the largest timetable change in living memory’.

With infrastructure enhancements, including Thameslink and the Manchester to Bolton electrification, coinciding with the arrival of new train fleets, such as the Hitachi Class 385 for ScotRail, the May 2018 timetable had required almost four million services to be rescheduled. This represented seven times the usual workload.

But as the Network Rail timetabling teams at Milton Keynes took a breather after their Stakhanovite efforts, before getting to grips with the December 2018 timetable, events were overtaking their work. The decision to adopt a phased introduction of Thameslink services was being taken. And while ‘News Front’ in our January issue, which went to press in mid-December, reported that delays to the Manchester-Bolton electrification put the new timetable in doubt, that delay did not become official until mid-January, requiring the timetable for the North of England to be rewritten.

Anyway, the net result of all these changes was that on 23 February the Rail Delivery Group, not Network Rail, note, announced that Network Rail had been forced to suspend the publication of timetable information the required 12 weeks in advance. This is known as ‘Informed Traveller’, or T-12 for short. ‘Informed Traveller’ is the name given to the rail industry process that enables timetables, particularly weekend timetables that can change owing to project or engineering work, to be finalised 12 weeks ahead of travel.

T-12 is the date when train operators open their retail systems for the booking and purchase of advance tickets. It is also important for operators when preparing staff rosters and rolling stock allocation. As a result, the process is a licence condition.

Suspension of T-12 is expected to apply for approximately six months following the timetable change on 20 May. During this period T-6 will apply, although informed sources report that if a train operating company (TOC) spots errors in the new timetable it may be nearer T-4.

Network Rail has a recovery plan in place. The target is to restore T-12 for the December 2018 timetable change. But this is by no means certain, as explained later.

According to RDG, the change to T-6 will affect only a ‘small number of passengers, as 98% of passengers use season tickets, buy walk-on fares or book less than six weeks in advance’. Given the way that defenders of high walk-on fares always point to the availability of cheap advance fares, this seems an odd comment. 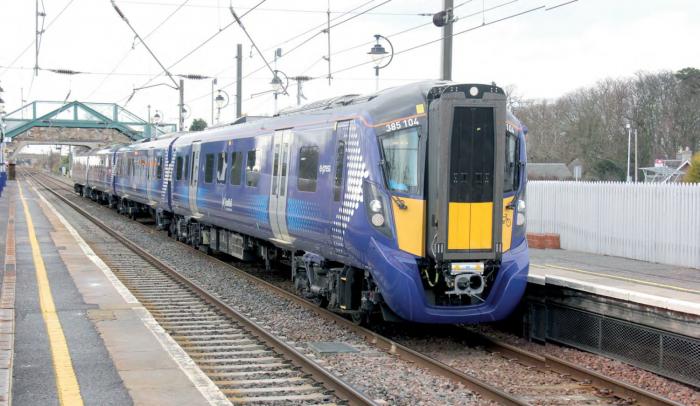 Virgin West Coast reckons over 40% of its tickets are sold before T-6. RDG’s 2% figure is arrived at only because millions of journeys on London & South East and Regional trains are walk-on or season tickets. For the long-distance operators T-6 is a commercial disaster. ‘EasyJet and Ryanair will be delighted’, one operator told me.

While T-6 applies, train operators will continue to offer the usual range of discounted tickets. According to RDG, should you book an advance ticket and the train is not in the timetable on the day, the normal compensation mechanisms will apply. Those choosing not to travel will receive a full refund. 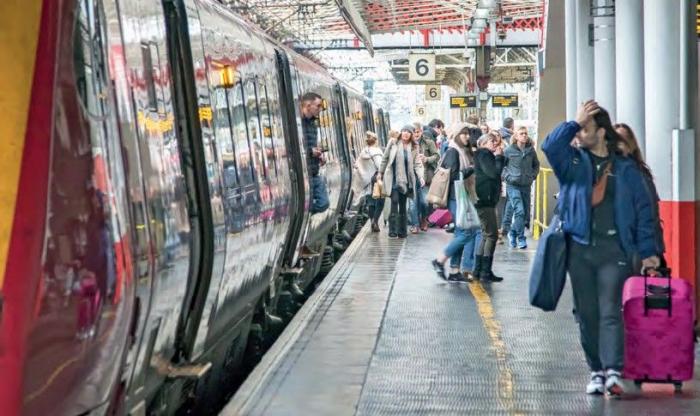 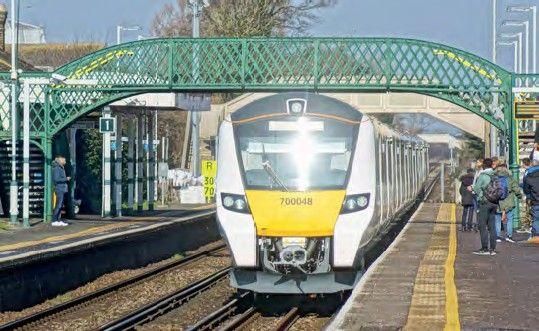 Preparing for new routes: Thameslink unit No 700048 passes through Hampden Park on 24 February 2018 with a Three Bridges to Eastbourne test run. Chris Livings

A situation I have trouble getting my brain round is where you want to buy a ticket in advance for a service affected by the change to T-6 and only standard rate tickets are available when you go online. The advice is to book your journey at the standard fare then, when cheaper advance tickets subsequently become available, buy another set of advance tickets for the same journey. You can then request a fee-free refund on the original standard ticket. Virgin’s modified version of this bizarre process is that passengers should book their tickets at the standard fare. Then when advance tickets become available they will receive a refund.

This approach requires a leap of faith and a healthy credit limit on your plastic. For long-distance travel, even a super off peak return ticket can be the wrong side of £100. Note RDG advised that on some weekends Informed Traveller ‘may not be available until four weeks before travel or fewer’. And what if the operator can’t offer the full allocation of advance fares?

As a result of the various delays and changes, early in February Network Rail did not have a stable May working timetable (WTT) for Scotland, London North Eastern, London North Western or the South East Routes. The timetable unit at Milton Keynes was also having to manage industry challenges to meet T-18 bidding timescales for a number of operators because of local recovery plans.

Overall, Network Rail is facing an ‘unprecedented situation for the industry’ when it comes to timetabling. Jo Kaye, Managing Director, System Operator, Network Rail, admitted that ‘our timetable planning resource is at more than full capacity’.

For example, ScotRail’s revised bid in response to delayed Class 385 units involved the amendment of 1,700 schedules plus 600 diagrams at Edinburgh Waverley. Network Rail estimated there was a shortfall of 12-14 timetable planner days to cover this extra work by the early March deadline.

It may be, as the song has it, ‘A long, long time from May to December’, but in timetable preparation it’s not long at all. Back in November, the timetable planners at Milton Keynes thought they had got May 2018 out of the way and were girding up their loins for December 2018.

Having to divert the already understaffed department to rewriting the May 2018 WTT has threatened preparation of the December 2018 timetable. According to Network Rail, there is a risk that two teams will not be able to start work on the December timetable when train operators present their Priority Date Notification Statement (PDNS) at T-40 in March.

So some discipline is being applied to preparation of the next timetable. On the basis of once bitten twice shy, Network Rail proposes that rolling stock and infrastructure improvements planned for inclusion in the December 2018 timetable, but ‘believed to be at risk’, should be reviewed. Those considered likely to be delayed could form separate work packages that would be removed from the scope of the timetable to avoid late changes.

A harder line will also be taken on operators’ inputs at PDNS. These must be ‘right first time’ and only show changes against the prior timetable. Operators will still be able to apply for additional paths between T-40 and T-26, but for the December 2018 timetable Network Rail will not process any spot bids until all PDNS work has been completed.