THE GOVERNMENT-LED review of Transport for London’s future financial position and structure will consider options including adoption of new operating models and extension of driverless operation. 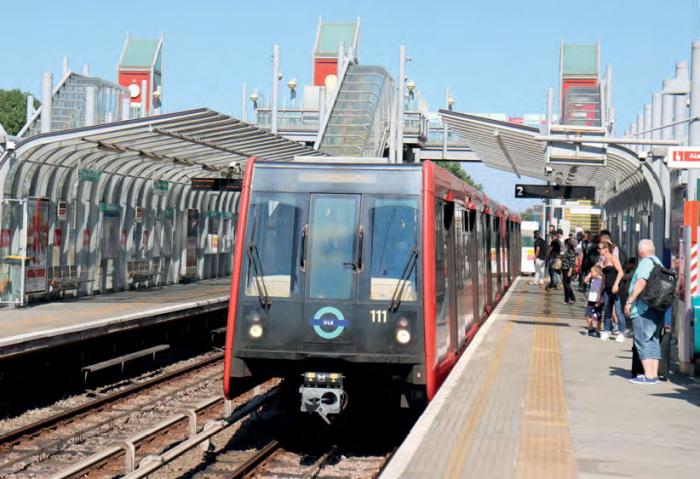 The Department for Transport has published the review’s terms of reference. In a written statement to Parliament, Transport Secretary Grant Shapps also confirmed the appointment of Clare Moriarty and Andrew Gilligan as Government special representatives to attend the TfL board.

The Government review and appointment of special representatives were both conditions of the funding agreement between Government and TfL in mid-May in the wake of the Covid pandemic, providing support of up to £1.9 billion running until October.

Ms Moriarty was formerly Director General of DfT’s Rail Executive, before moving to become Permanent Secretary at the Department for Environment, Food and Rural Affairs and at the Department for Exiting the European Union. Mr Gilligan advises the Prime Minister on transport matters and worked closely with TfL for three years as former Cycling Commissioner for London. As well as the TfL board, they will be able to attend meetings of the Programmes and Investment Committee and Finance Committee.

The review’s aim is to identify clear options for strengthening TfL’s future financial sustainability. It will incorporate three levels – first to understand TfL’s current financial position, then to identify options to strengthen this over the current and next financial year to March 2022, and thirdly to consider more fundamental changes running to the end of the current business plan period in 2024-25. The review will be led by the DfT with support from external advisors, the special representatives to the TfL board and TfL itself, and was due to be completed by the end of August to inform the position after the support period of the current agreement ends in October.

The second level of review will assess options for short-term revenue maximisation, including raising non-fare based revenue and commercial income as well as TfL’s housing development pipeline and the opportunity to deliver further efficiencies in the short-term. More radical options suggested in the medium-term and longer-term are efficiencies in operating costs including workforce modernisation and extending driverless operation from the Docklands Light Railway to other automatically controlled lines (although DLR trains still operate with a member of on-board staff). Prioritisation of capital spending will be reviewed, as will the current operating model, with consideration of alternative operating models over the longer-term.

At the same time, TfL has announced its own independent review of long-term future funding and financing options. The review will be carried out by an independent panel comprising:

• Stephen Glaister, former Chair of the Office of Rail and Road and a former TfL board member;

TfL’s review is expected to conclude in September, although it aimed to provide early conclusions to inform the Government-led review.