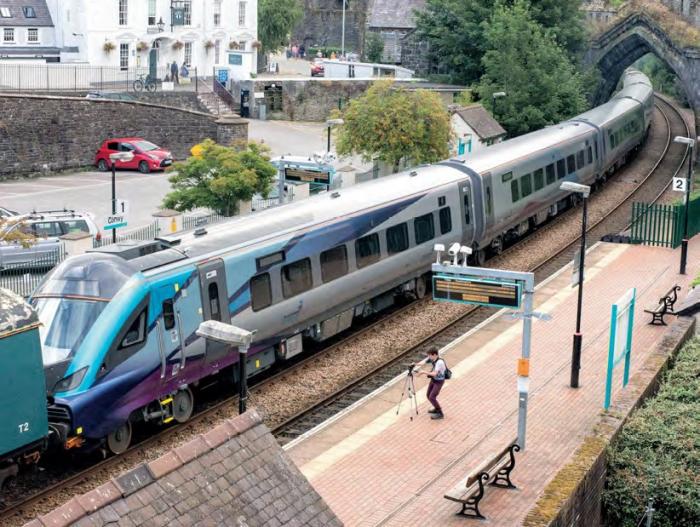 Nova 3 on the North Wales coast: Mk 5As head under the arch at Conwy on 27 July 2018. In a move designed to test the practicality of using Holyhead as the point of entry for imported vehicles, the coaches moved by road to Anglesey and were put on rails at the sidings of the disused aluminium smelter on Holy Island near the port. Rhodri Clark

TRANSPENNINE EXPRESS was expecting test running of its first ‘Nova 3’ Mk 5A sets to begin by the end of August. The news follows confirmation that manufacturer CAF had received approvals to start vehicle testing in the UK earlier in the month.