THE ROLLOUT of Greater Anglia’s new Stadler Flirt bi-mode trains has been affected by a problem with track circuits. 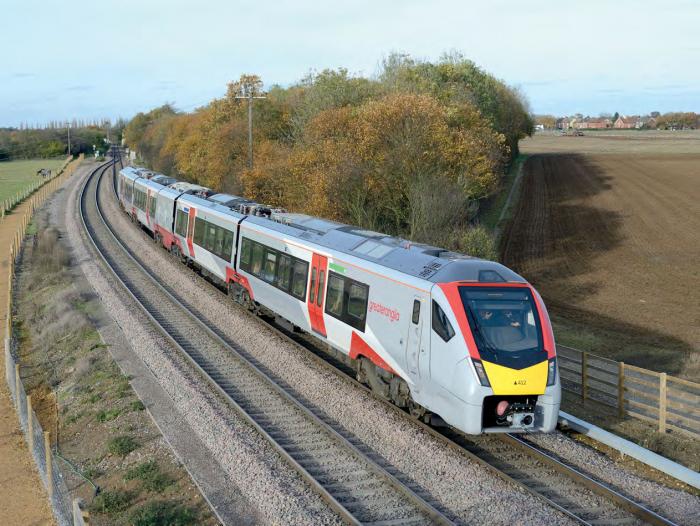 Bi-mode on the Felixstowe line: No 755412 approaches Trimley at Gun Lane with the 12.58 off Ipswich on 20 November 2019, the second day of use of the Stadler trains on the branch.
Antony Guppy

The issue arose on 5 December when a Class 755 reportedly arrived in Norwich without being detected by track circuits from Trowse swing bridge. As a response the entire ‘755’ fleet was withdrawn the following day, and with the majority of GA’s legacy DMUs having moved to other operators there has been a major impact on service levels on GA’s rural routes. As Modern Railways went to press several of these routes were still operating a reduced service, with some services withdrawn altogether and others seeing their frequency halved. Ticket acceptance was variously arranged with other operators or on local buses.