The Railway Industry Association (RIA) is moving up a gear in its promotion of innovation with a series of meetings around the MADE (materials, automation, data, energy) theme. In February, researchers and railway managers congregated at the University of Southampton, the centre of excellence for infrastructure in the UK Rail Research and Innovation Network (UKRRIN), for the MADE for Infrastructure event. 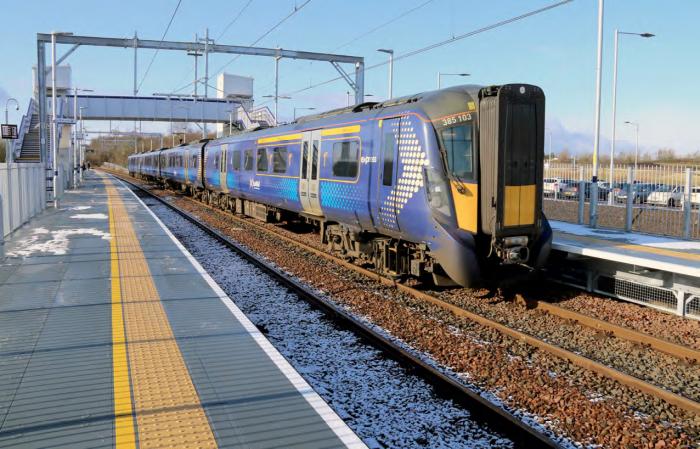 New materials: composite platforms at the new Robroyston station. No 385103 arrives on 27 February 2020 with the 10.25 from Glasgow Queen Street to Edinburgh Waverley via Cumbernauld and Falkirk Grahamston. Ian Lothian

Much of the focus was on how to make rail infrastructure, which traditionally has used large quantities of carbon-intensive steel and concrete, more environmentally friendly. As an example, Neil Appleton, Market Development Lead with the National Composites Centre, points to geopolymer (cement-free) concrete and reinforcement rebar made from composites, which unlike conventional steel rebar, won’t corrode. That’s a key benefit on for example highways in the US Midwest, where large quantities of road salt are used in the harsh winters there and where the Interstate system is in need of renewal.