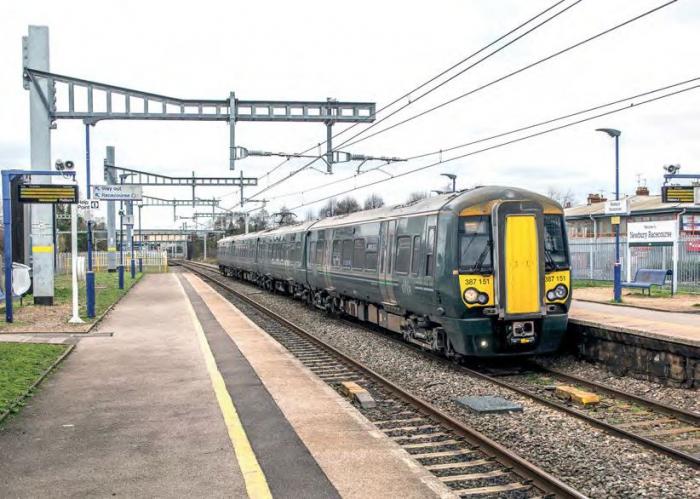 ELECTRIC TRAINS began serving Newbury and Bristol Parkway on New Year’s Eve as further progress was made with the Great Western Electrification Programme.

Great Western Railway’s Class 387 EMUs have begun operating suburban services between London Paddington and Newbury, taking over from Turbo DMUs following energisation of the Reading to Newbury stretch. GWR had also planned to introduce bi-mode Intercity Express trains on services between London and Bedwyn, operating in electric mode to Newbury and switching to diesel for the remainder of the journey, but as we reported last month (p12) this introduction has been deferred. Newbury will be the western extremity of electrification on the Berks and Hants route, with services to the West Country switching modes at the station.

Meanwhile, electric operation has extended further towards South Wales, reaching Bristol Parkway, after passenger services began operating on electric power between Didcot and Swindon in November. While IETs are able to operate in electric mode, GWR’s timetable is still based on HST timings, with revised schedules taking advantage of the improved performance in electric mode not due to be implemented until January 2020. It has now been confirmed that this is the date when passenger operation in electric mode will commence between Bristol Parkway and Cardiff Central, with the infrastructure due to be authorised for use in November