By Chris Stokes 26th July 2018
Between the Lines 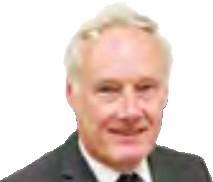 Not surprisingly, there was quite a lot of reaction to my sceptical piece in the May issue challenging proposals to reverse Beeching closures. On the whole I am unrepentant. For example, Mr Bisatt passionately argued the case for reopening the Somerset and Dorset line in June’s ‘Forum’. However, the route was far from direct – Radstock to Bristol was almost 27 miles by rail, against 17 miles by road – and much of the trackbed has long gone. Restoring the line would cost several billion pounds; I really think there are better ways to spend taxpayers’ money, both within the railway industry and more generally. Had the line survived, there would probably be a strong case to keep it running, but it didn’t, and there certainly isn’t any case to build a new railway from scratch.