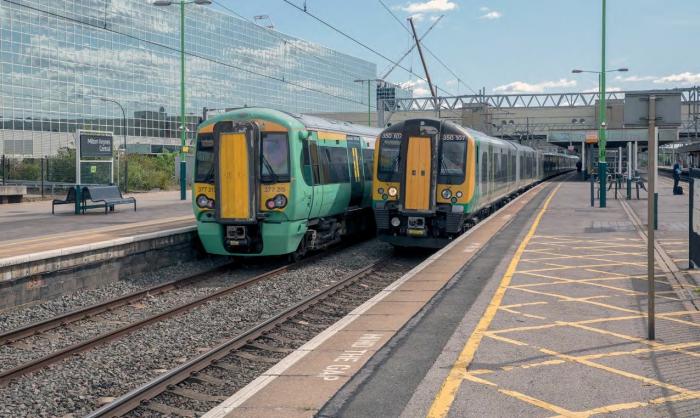 Milton Keynes: a brace of Class 377s have arrived in platform 2 (left) from East Croydon on 5 September 2019, while alongside are a pair of Class 350s on a Crewe service.
Ken Brunt

The longer-term performance problems in the Manchester area following the opening of the Ordsall chord and the related May 2018 timetable changes were analysed in a Network Rail report summarised in the November issue (page 6). While the initial problems last year, reflecting a shortage of Northern drivers with the right route knowledge and ridiculously short turnrounds for TransPennine Express (TPE) services at Manchester Airport, have been resolved, punctuality and reliability remain abysmal. It’s scandalous that a major, much heralded infrastructure project should have delivered such a dreadful result.