Forget the threat of trains fuelled by hydrogen generated by bionic duckweed, it’s the bi-mode that is making electrification redundant 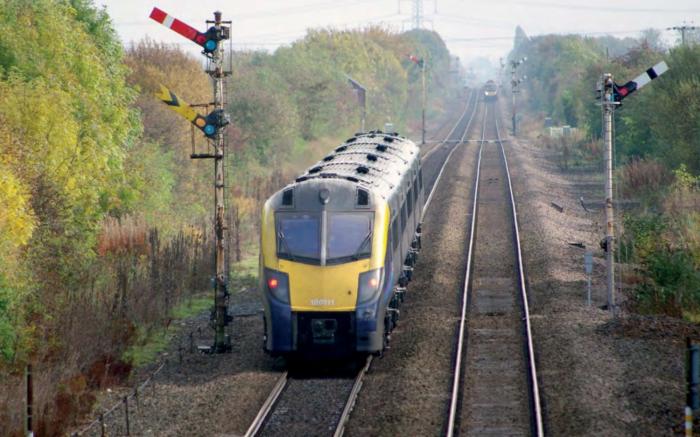 Set in aspic for now: unit No 180111 passes Gilberdyke with a service from King’s Cross to Hull on 29 October 2016 (in the distance, a Class 185 can be seen on a Manchester-bound service). The semaphore signals on this route are due for replacement by 2018, while the Class 180 units will give way to Hitachi AT300 bi-modes a year later – but wires remain a dream.
Colin Scott-Morton

Back in 2006 Department for Transport officials were never short of whacky scenarios to support their antipathy to electrification. But today the only excuse they need is being assembled in Newton Aycliffe.