AFTER OVERCOMING MANY CHALLENGES THE UK PILOT IS EXCEEDING EXPECTATIONS, AS TONY MILES REPORTS 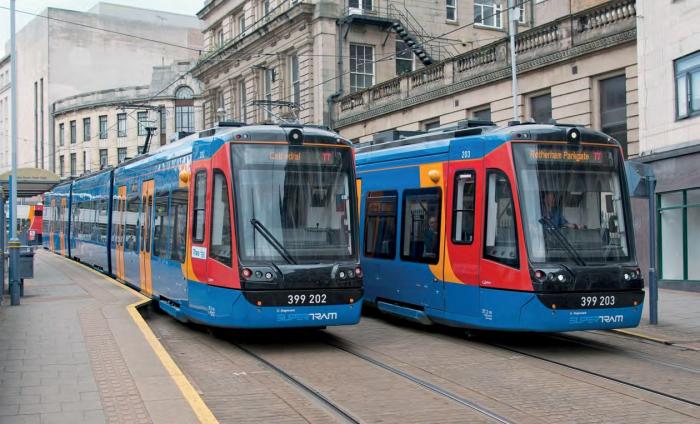 Popular with passengers: tram-train Nos 399202 and 399203 cross at the Fitzalan Square/Ponds Forge stop in Sheffield city centre on 22 May 2019. TONY MILES

For some time, it seemed the Sheffield tram-train would never quite become a reality.

On 25 October last year it finally did, with the launch of services over the Supertram network from Sheffield and onto Network Rail infrastructure to a terminus at Rotherham Parkgate.

After the idea of a bi-mode pilot on the Penistone line between Sheffield and Huddersfield was dropped, the key aim was seen as demonstrating it would be possible to link light and heavy rail, with the Rotherham route chosen at least partly because of the close proximity of both networks east of Meadowhall. The new route would also meet local political aspirations of linking Rotherham into the Supertram network at a much more modest cost than an on-street link, which had been ruled out as too costly.