Charting the path to opening

Newly installed Crossrail Ltd Chief Executive Mark Wild has pledged to reboot the organisation to tackle a catalogue of problems that threaten to further delay the London rail scheme by more than a year.

Speaking at the London Assembly Transport Committee meeting on 9 January, Mr Wild gave a downbeat assessment of the current status of the Elizabeth Line, which had been scheduled to open on 9 December 2018. He avoided committing to revised opening dates pending completion of a new programme delivery plan, which he expects to be drawn up by the end of February. However, he made clear that there remains a significant volume of work to do across many areas of Crossrail, an assessment which contrasts starkly with reports published by Crossrail Ltd and Transport for London prior to the announcement at the end of August 2018 that the Elizabeth Line would not open in December.

In the run up to that announcement Crossrail’s challenges were reported to centre on the difficulties of testing the new Class 345 rolling stock within the central tunnels. Apart from minor issues at Bond Street and Whitechapel, civil engineering works were presented as largely complete with the focus on train commissioning and safety approvals.

But one month after the Elizabeth Line was supposed to open and the Assembly Transport Committee heard there remains much work to do on trains, signalling, stations and tunnel fit out. None of the nine new Elizabeth Line stations are finished, according to Mr Wild. He told the committee tier one contractors were demobilising at Farringdon, Custom House and Woolwich but that every station has several months’ worth of work to do with several thousand people still employed on this aspect of the scheme. ‘By the end of June/ July we do need to be in a position where the major construction works – mostly about wiring and testing the wiring – are completed’ he said. Mr Wild expects to give details of the sequencing of stations in February, with consideration being given to opening some before others.

Despite all the work left to do at stations, the biggest obstacle to opening the Elizabeth Line remains getting the new trains to work with the multiple signalling systems fitted along the route. Mark Wild expressed confidence in the legacy Train Protection and Warning System (TPWS) fitted on Network Rail infrastructure outside the Crossrail tunnels and the Trainguard communications-based train control (CBTC) system installed in the tunnels by Siemens, despite the addition of some ‘novel functions’ for Crossrail.

However, installation of signalling equipment in tunnels has taken longer than envisaged. Mr Wild explained that the explosion of a transformer at Pudding Mill Lane in November 2017 was less significant in terms of halting train testing, than was presented at the time. He said signalling was not fully installed and associated software was not sufficiently mature. ‘If I’d known testing had started without signalling being complete we wouldn’t have started’ he said 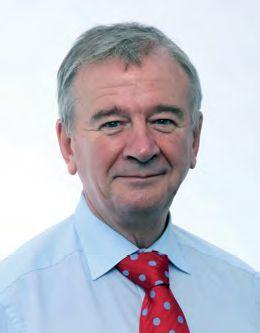 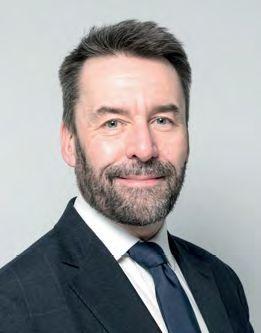 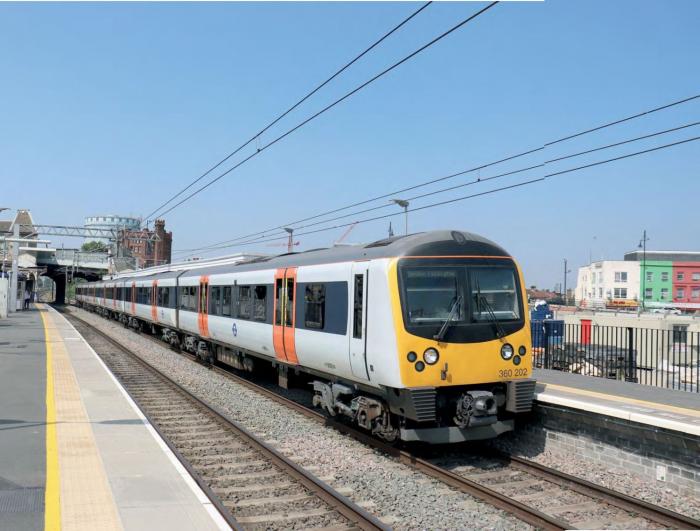 Victim of the Elizabeth Line delay: plans to introduce Class 345s on services to Heathrow are in aspic as the current Class 360 units continue to stand in. No 360202 arrives at Southall on 21 May 2018 with the 10.52 service from the airport to Paddington. Philip Sherratt

Clearly the issue of getting on-train computer systems to reliably switch between the two signalling systems is causing angst for both Bombardier and Siemens, which are working together to refine the software that handles the transition to ensure no interference with other trains or tunnel systems. In a sign of how difficult this task is proving, Crossrail hopes to be able to run two trains simultaneously within the Crossrail tunnels by mid-February. This may be a milestone, but it remains a long way from metro capability.

While Bombardier’s brightest and best developers struggle to achieve this, the plan to run new Elizabeth Line trains to Heathrow – scheduled to start in May 2018 – has effectively been shelved. With the Class 345s requiring the European Train Control System (ETCS) to operate in the Heathrow tunnels, further software development is required to ensure a suitably reliable Level 2 ETCS overlay can work within the tunnels. Rather than divide Bombardier resources between the two workstreams, the decision has been made to go all-out on commissioning the TPWS/CBTC transition so that the Elizabeth Line can open.

Mark Wild said Bombardier staff all around the world are working on the issue; only when it is solved will resources be available to concentrate on Heathrow ETCS, meaning that ‘345s’ may not run to Heathrow before 2020. ‘Heathrow at the moment is a little bit out in the long grass’ Mr Wild said. ‘We’d hoped to get it done by the end of 2019 but that entirely depends on getting Bombardier’s resources out of the central section.’

With Crossrail Ltd now concentrating on the two critical paths of stations and train systems/ interfaces, Mark Wild said he believed that a strategy of letting staff go and winding down the Transport for London subsidiary ahead of the scheduled December 2018 opening date had affected the organisation’s ability to work effectively. He said he is now rebuilding the company’s resources, which will include more people at stations to check off work and focus on what still needs to be done. At the top of the organisation former operations director for TfL Rail and the Elizabeth Line Howard Smith has been promoted to chief operating officer. Crossrail has a new finance director, David Hendry, and there are also new programme and technical directors. ‘In the organisation it is probably my most critical risk – I’d use the term hollowed out – the Crossrail Ltd organisation has unfortunately lost some critical mass over the last year that was very unfortunate’ said Mr Wild.

He also confirmed that long-term partners Bechtel and Transcend remain integral to delivering the Crossrail scheme. Bechtel was appointed as delivery partner and Transcend – which includes Aecom, CH2M (now part of Jacobs) and Nichols Group – as programme partner in 2009. Among their roles, these organisations help source the specialist expertise required for different areas of the programme. According to Mr Wild they are now ‘rapidly inflating’ Crossrail’s capability.

WHERE DID IT ALL GO WRONG?

The London Assembly committee hearings on 7 and 9 January provided opportunities to examine how in the space of a few months the Elizabeth Line went from being a project that was officially 93% complete (‘Crossrail Update’, August 2018 issue) to being many months – if not years – away from carrying passengers, as well as running out of cash so severely that an additional £2.45 billion funding envelope had to be arranged. ‘There’s maybe one to two to three years of work ahead of me’ said Mark Wild.

Who knew what and when has been the focus of much analysis so far. Were the sponsors – including the Transport Secretary and the Mayor of London – really unaware of the scale of the problems less than four months before the Elizabeth Line was due to open in December 2018?

Mark Wild spoke of the stresses and strains facing Crossrail being clear to him in his former job as Managing Director of London Underground from mid-2017. However, it was thought that mitigation strategies – for example, opening the stations in phases as was done with London’s Jubilee Line extension – would allow the December deadline to be met in one form or another. He said that by the end of August it was clear there was no way to mitigate and added: ‘If I’d known then what I know now I would have set the fire alarm off.’

The dissemination of information about Crossrail’s troubles hinged on this August date. As challenges facing the scheme were discussed in meetings while elsewhere preparations for a grand launch continued, the sponsors pressed Crossrail Ltd to commit to a date when it would give a verdict on whether the December opening would or would not be met. This opportunity to issue an ‘adverse event notice’ was set for July but at former chairman Sir Terry Morgan’s request it was put back to August because ‘he wanted another go round with contractors’. This was a final chance for contractors to put forward ideas to allow the Elizabeth Line to open on schedule in some form. But the meeting on 7 August yielded no ideas apart from a phased opening plan suggested by the C610 tunnel systems contractor (Alstom, Travaux Sud Ouest and Costain), which was not taken forward on safety grounds. Following this the sponsors were formally notified on 30 August that the railway would not open in December.

But if Mark Wild’s assessment of how much work on the Elizabeth Line is still to complete is accurate – and not merely an attempt to manage and reset expectations – surely the adverse event notice should have been issued earlier? At the 9 January meeting transparency was presented as less of an issue than the capability of the Crossrail Ltd top team. The board was said to lack realism while Mr Wild talked of the executive underestimating the work left to do. ‘It’s apparent now that Crossrail Ltd didn’t really have a grip on systems integration’ he said. Mr Wild explained that in future he would be accountable for all parts of the project even if contracts were with other organisations, removing the ability to pass blame. The Class 345 train contract – with its complex on-board computers – is with Crossrail Ltd’s parent organisation TfL rather than Crossrail.

With a new senior team in place the reputations of those they replaced are on the line. Chairman Sir Terry Morgan, chief executive Andrew Wolstenholme (who left the project in April), programme director and later chief executive Simon Wright, and former finance director Mathew Duncan are among those who were in post in the run-up to things going so badly wrong. While Mark Wild attempted to avoid direct criticism of his predecessors, others were more vocal. According to London’s Deputy Mayor for Transport, Heidi Alexander, ‘the real story of the last six months, and of Sir Terry’s chairmanship of Crossrail, is how you can go from a position at the end of May where you speak with such confidence about the additional cost being not a penny more than £211 million to a situation where in November I found myself negotiating with government a financing deal that is £2 billion – that’s a multiple of ten beyond that being predicted.’

Earlier in the day Sir Terry had told the committee that he didn’t recognise where the £2 billion figure (agreed for additional Crossrail spending) had come from. Member of the Crossrail sponsor board (for TfL) David Hughes told the transport committee: ‘Terry said he didn’t understand the £2 billion figure. In a nutshell that’s the problem.’ Mr Hughes also questioned Sir Terry’s claim that the adverse event notice had been delayed to allow the inclusion of cost information given that such data was not included in the actual notice.

After nearly a decade with Crossrail Ltd, Sir Terry’s exit in December perhaps allows him to speak candidly about the project. Talking about the communication of problems facing the project, he claimed that Transport for London had edited a briefing note to the Mayor, removing a paragraph containing information about the scale of difficulties. Deputy Mayor Heidi Alexander later told the panel there was no evidence to support this claim.a