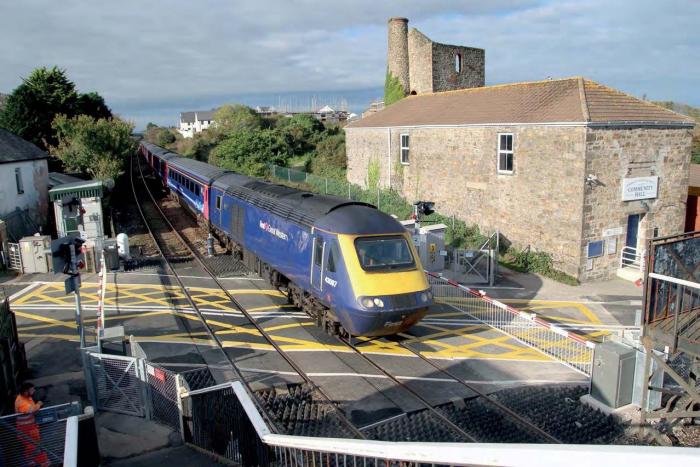 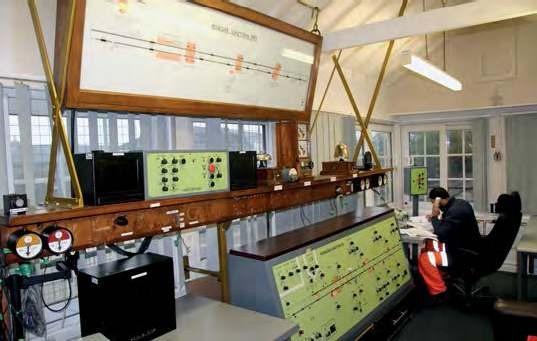 Roskear reit: the commissioning weekend on Saturday 13 October. The telecoms tester is checking each lineside phone into the new concentrator. The block shelf is due to be removed and the new panel itted to its new desk.
Craig Munday 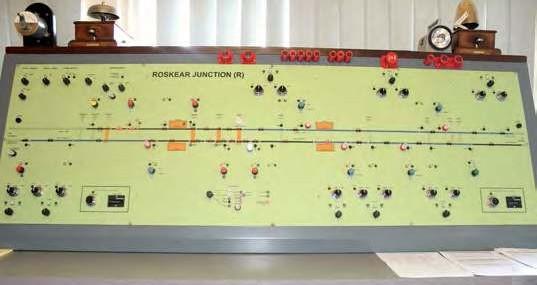 THE WEEKEND of 13-14 October saw completion of the interim signalling improvement scheme on the Cornish main line. As explained in the June issue (p22), the scheme has involved breaking up block sections between St Germans and Lostwithiel in the east of Cornwall and between Par and St Erth in the west, in preparation for introduction of a 30-minute interval service next year.

A more comprehensive programme is planned for some point in the future, with control of the whole county from a single centre and replacement of all semaphores by colour lights.

Stage two of the enhancements programme was focused on the western section and went live at 05.00 on Monday 15 October with commissioning of the new panel at Roskear box near Camborne. Atkins was the principal contractor, working in collaboration with Network Rail.

With rationalisation and the closure of Drump Lane box in 1986 a large block section was the result: 14 miles on the up between two signals. This was a bottleneck for up trains during disruption and could not possibly sustain the planned 30-minute interval service.

So, fast forward to 2018 and a new panel was supplied to control the section from Truro (exclusive) through to Hayle. This state-of-the-art control system replaced Absolute Block with Track Circuit Block. New axle counters provide train detection on the main line section.

Level crossings have been enhanced and improved. Miniature red and green light crossings have been provided, increasing safety and making crossing easier for users. Dolcoath, a former automatic half barrier (AHB) crossing, has been updated to full barrier with signal control to an Obstacle Detection device. Six new stop signals have been placed strategically at three- to four-mile intervals to break up the former long sections. This has immediately improved train low through the county during disruption and allows for extra capacity.

The railways in the Duchy have seen extensive investment. There are now signals at least every six miles, allowing much more operating and engineering lexibility, particularly during disruption. The stage is now set for the 30-minute service to commence.