Not for the first time – and if the track record is anything to go by, not for the last – the programme to deliver the Elizabeth Line is running late and over budget. 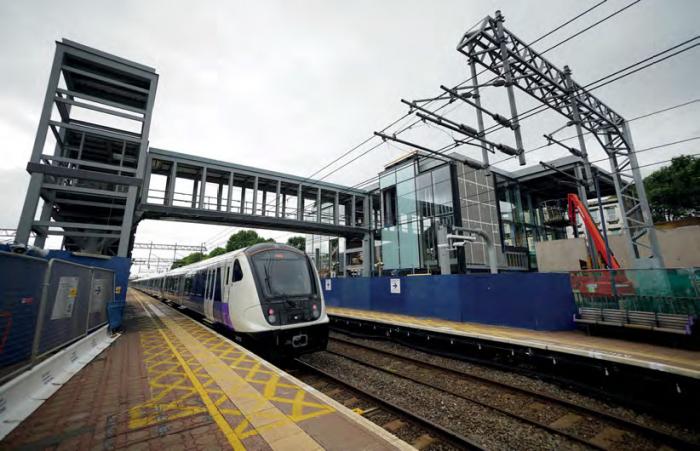 Transport for London says it was told, following the Crossrail Ltd board meeting on 23 July, that the opening of the central section of Crossrail, between Paddington and Abbey Wood, will not occur during the summer 2021 window previously announced (p92, February issue).

When will it open? TfL reports that ‘the schedule is subject to further development and includes considering mitigations as part of the ongoing work on the recovery plan’. A new date – or season – was expected to be announced by the end of August. The likelihood is we are now looking at late 2021 or 2022, at least three years after the planned December 2018 opening.

So the summer 2021 opening window given by Crossrail Chief Executive Mark Wild is not to be. Many people will be sympathetic, given the extraordinary circumstances that have been created by Covid-19, and may conclude that, while another delay is disappointing, it was inevitable.

According to Crossrail Ltd the impact of Covid-19 has clearly made the existing pressures on the programme more acute. ‘Due to a pause of physical activity on sites and significant constraints on ongoing work time has been lost, only some of which can be recovered’ the company said it a statement. Explaining the latest delay, it went on to add: ‘Construction works were halted in March as the country went into lockdown and although it has been possible to resume works at a reduced rate, in line with social distancing guidance, the virus has delayed the project’s progress.’

It’s not just the schedule that has slipped again but also the budget. Put simply, Crossrail expects to require an increase to the increase agreed to a financial rescue package drawn up less than two years ago.

If you’re struggling to keep up with Crossrail finances that’s not surprising, given the number of changes. TfL has provided a helpful recap, which notes that the current £2.15 billion [rescue] package, for the central section, was agreed between the Department for Transport, the Greater London Authority and TfL in December 2018. On 8 November 2019 it was announced that Crossrail was likely to need between £400 million and £650 million more than this – effectively creating a shortfall between the money agreed by the programme sponsors and the money that will be needed. Now, the latest projections suggest, the cost to finish the job is going to be even more.

How much? TfL says ‘the extent of any cost increases is being ascertained alongside potential mitigations, before being validated and confirmed in due course’. As discussed before (p8, December 2019 issue), the opportunity for cost-saving mitigations at this late stage is limited.

It’s not just the Crossrail central section where costs have gone up again. The mandatory annual update to Parliament on Crossrail spending just before the summer recess revealed that Network Rail will need more money to deliver the surface sections of the railway.

Under the 2010 Government funding agreement for Crossrail, Network Rail was allocated £2.3 billion to deliver ‘on-network’ works for what will become the Elizabeth Line. Work required includes track and station upgrades on lines out of Paddington to the west of London and Liverpool Street to the east.

In the annual Crossrail funding update to Parliament in July 2019 former Transport Secretary Chris Grayling revealed that the cost of Network Rail Crossrail work had increased further to £2.8 billion.

Fast forward to this year and Rail Minister Chris Heaton-Harris told MPs Crossrail on-network works need a further £140 million, with the cost of the surface works package now standing at just under £3 billion. The additional costs, which were assessed before the Covid-19 crisis, are said to be the result of some station and power upgrade work taking longer than planned.

Put this together with the central section escalating funding requirement and the total cost of the Crossrail programme, not including rolling stock, is now likely to be somewhere between £19 billion and £20 billion.

Earlier this year when the Government agreed a Covid-19 rescue package for Transport for London, necessitated by the collapse in passenger revenue after people were told to stay at home, one of the conditions of funding was TfL would propose, no later than the end of June 2020, an action plan to support the successful transition of the Crossrail project to TfL. This plan was to include the governance, oversight and ‘actions necessary to provide greater confidence in the timely and value for money’ delivery of the project (p78, July issue).

TfL’s latest board update confirms this plan has been submitted to Government. Indeed, the transition is well underway with assets gradually being handed over from Crossrail Ltd to TfL and TfL preparing to take charge of operation and maintenance of the new railway. All shafts and portals have either been handed over or are at the Staged Completion for Familiarisation state – the last step before full handover and where only minor works and assurance documentation are left to complete.

TfL says that as the transition continues it expects the senior governance of the project to transfer from the current Crossrail Ltd board structure into a committee of the TfL board. Discussions with the Department for Transport and other stakeholders regarding further development of this transition action plan, and timing of its implementation, continue.